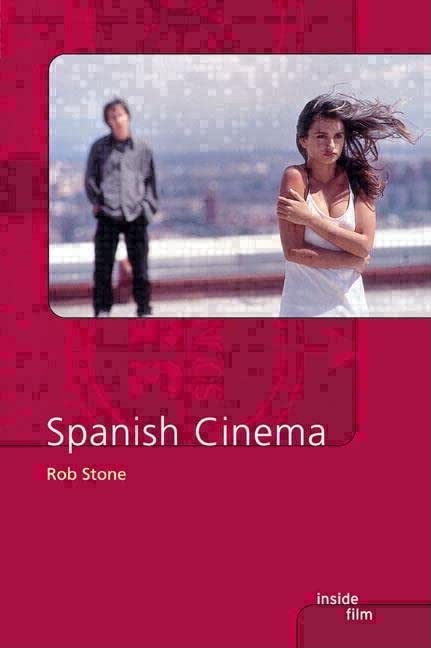 From the surrealist films of Luis Bunuel to the colourful melodramas of Pedro Almodovar, Spain has produced film-makers who have consistently provided a condoning or dissenting eye on Spanish history and culture. Rob Stone charts a history of Spanish Cinema throughout the turbulent Francoist years and beyond.

From the surrealist films of Luis Bunuel to the colourful melodramas of Pedro Almodovar, Spain has produced a wealth of exciting and distinctive film-makers who have consistently provided a condoning or dissenting eye on Spanish history and culture.

For modern cinema-goers, it has often been the sexually-charged and colourful nature of many contemporary Spanish films, which has made them popular world-wide and led directors and stars such as Almodovar, Banderas and Penelope Cruz to be welcomed by Hollywood.

Using original interview material with Spanish Cinema luminaries such as Carlos Saura, Julio Medem, Imanol Uribe and Elias Querejeta, Rob Stone charts a history of Spanish Cinema throughout the turbulent Francoist years and beyond. The book aims to provide a broad introduction to Spanish Cinema, the nine chapters divided into four types:

As with other titles in the Inside Film series, the book is comprehensively illustrated with representative stills and has a thorough bibliography, index and list of resources.

Rob Stone's 'Spanish Cinema' is a treasure trove of aficionados and novices alike. It leaves you impatient to seek out hundreds of rare gems and revisit many more familiar classics from Almodovar to Saura, Bunuel to Medem. Stone has plenty to say about Spanish history and society too. Artists and critics, pleasure and politics: it's all there in the mix. Tom Charity, Time Out

Robert Stone writes for Time Out magazine and is at the University of Wales, Aberystwyth.

1. By way of Elias Querejeta: An overview of Spanish cinema 2. Leaving the church: early Spanish cinema 3. Under Franco: Spanish cinema during the dictatorship 4. Another reality: Carlos Saura 5. Spirits and secrets: four films about childhood 6. Over Franco: Spanish cinema in transition 7. An independent style: Basque cinema and Imanol Uribe 8. Projections of desire: Julio Medem 9. Seeing stars: Banderas, Abril, Bardem, Cruz Further Reading Bibliography Index
GOR002041692
9780582437159
0582437156
Spanish Cinema by Rob Stone (University of Birmigham, UK)
Rob Stone (University of Birmigham, UK)
Inside Film
Used - Very Good
Paperback
Taylor & Francis Ltd
2001-10-15
232
N/A
Book picture is for illustrative purposes only, actual binding, cover or edition may vary.
This is a used book - there is no escaping the fact it has been read by someone else and it will show signs of wear and previous use. Overall we expect it to be in very good condition, but if you are not entirely satisfied please get in touch with us
Trustpilot