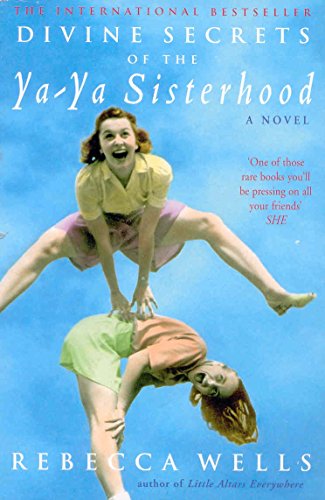 Divine Secrets of the Ya-Ya Sisterhood by Rebecca Wells

Divine Secrets of the Ya-Ya Sisterhood by Rebecca Wells

When Siddalee Walker, eldest daughter of Vivi Abbott Walker (Ya-Ya extraordinaire - part Scarlett, part Katharine Hepburn, part Tallulah) is interviewed about a hit play she has directed, her mother is described as a 'tap-dancing child abuser'.

Enraged, Vivi disowns Sidda - devastating her daughter who postpones her wedding and puts her life on hold until she is granted forgiveness. Trying to repair the relationship, the Ya-Yas, Vivi's intrepid tribe of Louisiana girlfriends, sashay in and insist Sidda is sent 'The Divine Secrets of the Ya-Ya Sisterhood', a scrapbook of their lives together from the day in 1932 when they were disqualified from a Shirley Temple lookalike contest for unladylike behaviour.

Expected to raise babies, not Cain, the Ya-Yas are bonded for life in an unforgettable exploration of the complexities of mother-daughter relationships and the power of female friendship.'

GOR001009698
9780330412940
0330412949
Divine Secrets of the Ya-Ya Sisterhood by Rebecca Wells
Rebecca Wells
Used - Very Good
Paperback
Pan Macmillan
2000-02-04
544
N/A
Book picture is for illustrative purposes only, actual binding, cover or edition may vary.
This is a used book - there is no escaping the fact it has been read by someone else and it will show signs of wear and previous use. Overall we expect it to be in very good condition, but if you are not entirely satisfied please get in touch with us
Trustpilot