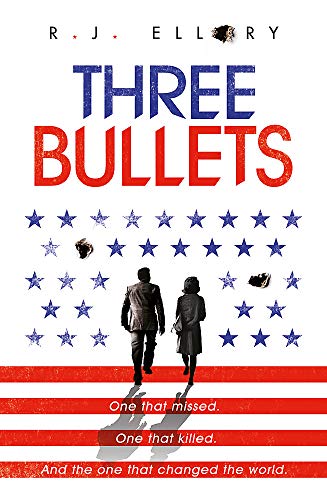 RJ Ellory returns with a high-concept thriller set in an alternate period-America, delving into the heart of the U.S.A's murky political landscape

IT WAS THE SHOT HEARD AROUND THE WORLD
On 22nd November 1963, John F. Kennedy's presidential motorcade rode through Dealey Plaza. He and his wife Jackie greeted the crowds on a glorious Friday afternoon in Dallas, Texas.

BUT WHAT IF IT MISSED?
Mitch Newman is a photojournalist based out of Washington, D.C. His phone never rings. When it does, a voice he hasn't heard in years will tell him his former fiancee Jean has taken her own life.

WHEN THE TRUTH IS BIGGER THAN ALL THE LIES
Jean was an investigative reporter working the case of a lifetime. Somewhere in the shreds of her investigation is the truth behind her murder.

WHO WOULD BELIEVE IT?
For Mitch, piecing together the clues will become a dangerous obsession: one that will lead him to the dark heart of his country - and into the crossfire of a conspiracy...

R.J. Ellory is a critically acclaimed author whose novels include the bestselling A Quiet Belief in Angels, which was a Richard & Judy Book Club selection and won the Nouvel Observateur Crime Fiction Prize. Ellory's novels have been translated into twenty-six languages, and he has won the USA Excellence Award for Best Mystery, the Strand Magazine Best Thriller 2009, the Theakston's Old Peculier Crime Novel of the Year for A Simple Act of Violence, the St Maur Prize, the Avignon Readers' Prize, the Livre de Poche Award and the Quebec Laureat. He has been shortlisted for a further thirteen awards in numerous countries, including four Daggers from the UK Crime Writers' Association. Despite the American setting of his novels, Ellory is British and currently lives in England with his wife and son. To find out more visit www.rjellory.com or follow him on Twitter @rjellory
GOR009716733
9781409187783
1409187780
Three Bullets by R.J. Ellory
R.J. Ellory
Used - Very Good
Hardback
Orion Publishing Co
2019-03-21
400
N/A
Book picture is for illustrative purposes only, actual binding, cover or edition may vary.
This is a used book - there is no escaping the fact it has been read by someone else and it will show signs of wear and previous use. Overall we expect it to be in very good condition, but if you are not entirely satisfied please get in touch with us
Trustpilot