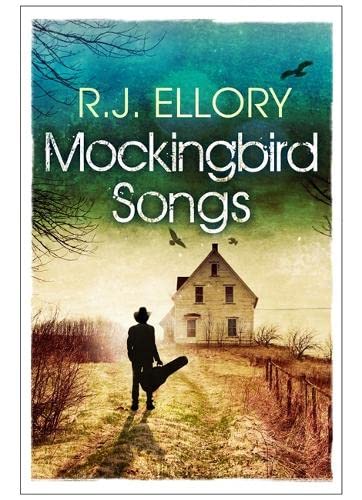 The powerful new thriller from the bestselling author of CARNIVAL OF SHADOWS and A QUIET BELIEF IN ANGELS.

The only reason Henry Quinn survived three years inside was because of Evan Riggs, a one-time country singer, one-time killer, now serving a life sentence. No parole. On the day he gets out, Henry promises Evan he will find his daughter, the daughter he never met, and deliver a letter.

A free man, Henry heads to the small Texan town where Evan grew up and where his brother Carson now resides as sheriff. There's no sign of the girl and her uncle claims to know nothing of her whereabouts. But Henry isn't about to give up. He made a promise and, no matter what, he's going to find Evan's daughter.

As Carson's behaviour towards him becomes ever more threatening, Henry realises that there are dark secrets buried at the heart of this quiet town. What terrible thing drove the brothers apart and what happened to the missing girl?

An intriguing, delightfully unpredictable novel - MAIL ON SUNDAYEllory raises interesting questions about society and our fear to question - DAILY EXPRESSBeautiful and haunting ... a tour de forceEllory's distinctive voice ... confirms his place in the top flight of crime writing - SUNDAY TELEGRAPHExtraordinary, elegant and powerfully elegiac ... this is compelling, un-put-downable thriller writing of the very highest order - GUARDIAN

GOR006661511
9781409124238
1409124231
Mockingbird Songs by R.J. Ellory
R.J. Ellory
Used - Very Good
Hardback
Orion Publishing Co
2015-05-07
352
N/A
Book picture is for illustrative purposes only, actual binding, cover or edition may vary.
This is a used book - there is no escaping the fact it has been read by someone else and it will show signs of wear and previous use. Overall we expect it to be in very good condition, but if you are not entirely satisfied please get in touch with us
Trustpilot