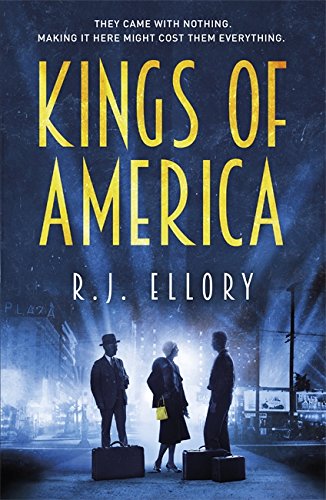 An epic new novel that exposes the dark heart beneath the glamorous facade of 20th-century Hollywood - from the author of A QUIET BELIEF IN ANGELS and MOCKINGBIRD SONGS.

In America, kings are not born, they are made.

But now Danny finds himself fleeing Ireland for the bright lights of 1930s Hollywood with two virtual strangers, Nicky Mariani and his beautiful sister, Lucia.

As Lucia pursues her dream of stardom, Nicky finds his calling in the violent underbelly of the city of dreams. Torn between his love for Lucia and his desperate fear for their safety, Danny is drawn into a chain of events that will pit brother against sister, friend against friend, and lover against lover.

An intriguing, delightfully unpredictable novel - MAIL ON SUNDAYA beautiful and haunting book. This is a tour de force from R.J. ElloryAs ever the writing is pungent and lacerating. This is a book that takes no prisoners and Ellory's continuing commercial success is assured - DAILY EXPRESS

GOR008815694
9781409163138
140916313X
Kings of America by R.J. Ellory
R.J. Ellory
Used - Very Good
Paperback
Orion Publishing Co
2017-09-21
432
N/A
Book picture is for illustrative purposes only, actual binding, cover or edition may vary.
This is a used book - there is no escaping the fact it has been read by someone else and it will show signs of wear and previous use. Overall we expect it to be in very good condition, but if you are not entirely satisfied please get in touch with us
Trustpilot