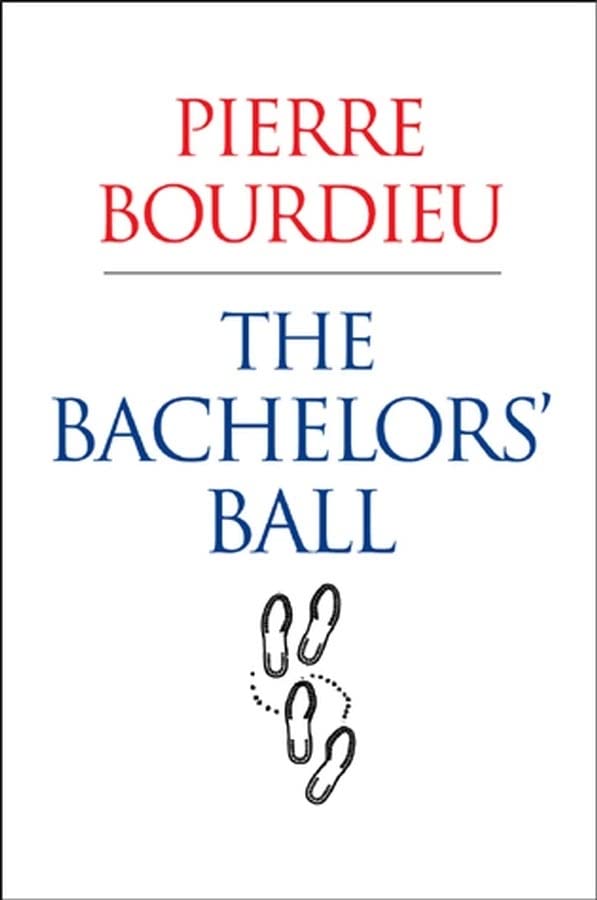 The Bachelors' Ball by Pierre Bourdieu

This book gives the reader sociological and anthropological insight into the interaction of occupation, social class and marriage and how these factors effect and affect smaller communities and provides a customarily deft analysis of the disintegration of rural communities and the nature of social change.

The Bachelors' Ball: The Crisis of Peasant Society in Bearn by Pierre Bourdieu

Continuing the theme of self-reflection, Bourdieu's final book, "The Bachelors' Ball", sees him return to Bearn, the region in which he grew up, to examine the gender dynamics of rural France. This personal connection adds poignancy to Bourdieu's ethnographic account of the way the influence of urban values has precipitated a crisis for male peasants. Tied to the land through inheritance, these bachelors find themselves with little to offer the women of Bearn who, like the young Bourdieu himself, abandon the country for the city in droves.
"Absolutely fundamental to any understanding of the development of Bourdieu's thought ... as insightful as it is moving."
Journal of the Royal Anthropological Institute

"Plunges us into fascinating details of the economics of dowries and animal husbandry."
Steven Poole's non-fiction choice in The Guardian

Pierre Bourdieu was Formerly Professor of Sociology at the College de France and Director of Studies at the Ecole des Hautes Etudes en Sciences Sociales.
Epigraph.

Part I -Bachelorhood and the peasant condition.

1. The system of matrimonial exchanges in traditional peasant society.

3. The opposition between the bourg and the hameaux.

4. The peasant and his body.

Dialogue between a villager and a peasant.

Another dialogue between a villager and a bachelor.

The exemplary tale of a younger son from a modest family.

An attempt to generalize: bachelorhood in sixteen rural cantons in Brittany.

Part II - Matrimonial strategies in the system of reproduction strategies.

2. `From the closed world to the infinite universe'.

3. The unification of the matrimonial market.

4. `Sound opinions of the people'.

Postscript - A class as object.

NPB9780745630946
9780745630946
0745630944
The Bachelors' Ball: The Crisis of Peasant Society in Bearn by Pierre Bourdieu
Pierre Bourdieu
New
Hardback
Polity Press
2008-05-23
208
N/A
Book picture is for illustrative purposes only, actual binding, cover or edition may vary.
This is a new book - be the first to read this copy. With untouched pages and a perfect binding, your brand new copy is ready to be opened for the first time
Trustpilot