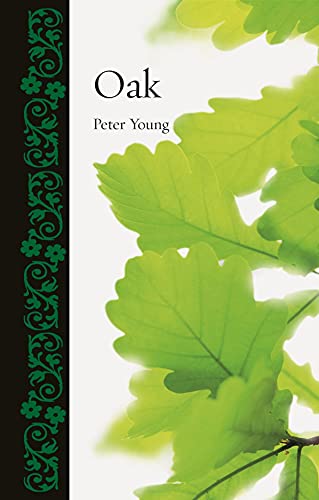 More than any other tree, the Oak has been a symbol of strength and durability. The Oak has been adopted by many countries as a national symbol, particularly in Western Europe and the United States. This book examines this magnificent and ubiquitous tree, tracing its biological history in its many manifestations, natural and cultural.

The reputation of the oak is based not on superlatives but on personality. In human terms, it is not a celebrity, but a reliable citizen. Its enduring legacy is evident in place- and surnames, in landmarks and buildings and as a sturdy staple of engineering material. More than any other tree, the oak has been a symbol of strength and durability. Venerated in pagan societies, elements of its worship were absorbed by other religions: Celtic mythology, for example, where it is believed to be a gateway between worlds; or Norse, where it is sacred to Thor, god of thunder, as the tree most often struck by lightning. The oak has been adopted by many countries as a national symbol, particularly in western Europe and the United States. Several individual oaks are of great historical importance, such as the Royal Oak within which King Charles II of England hid to escape the Roundheads, and the Charter Oak in Hartford, Connecticut, which became a symbol of American independence. In Oak, Peter Young illuminates and examines this magnificent and ubiquitous tree, tracing its biological history in its many manifestations, natural and cultural. Much-loved internationally, the oak is to be found in works of art, folk-tales, poems and songs. Oak narrates the biography of the tree that since time immemorial has been a symbol of loyalty and strength, generosity and renewal.
"Handsomely designed and beautifully written volumes on subjects you might not think you're interested in. . . . The best thing about [Geranium] and Oak . . . is the focus on cultural history."-- "Boston Globe"
"This slim volume is literally a romp in the park full of painters, novelists and historians. Oak establishes its credentials very quickly, then dashes along. The illustrations are marvelous. . . . Part of an attractive, lavishly illustrated new series, perfect for house gifts if you're visiting someone who'll welcome you with clean towels and a trowel."-- "New York Times Book Review"
Peter Young is an independent scholar who lives in Crawley, West Sussex. He is author of Tortoise (2003) and Swan (2007), both published by Reaktion.
GOR008740040
9781780230375
1780230370
Oak by Peter Young
Peter Young
Botanical
Used - Very Good
Hardback
Reaktion Books
2012-10-01
224
N/A
Book picture is for illustrative purposes only, actual binding, cover or edition may vary.
This is a used book - there is no escaping the fact it has been read by someone else and it will show signs of wear and previous use. Overall we expect it to be in very good condition, but if you are not entirely satisfied please get in touch with us
Trustpilot