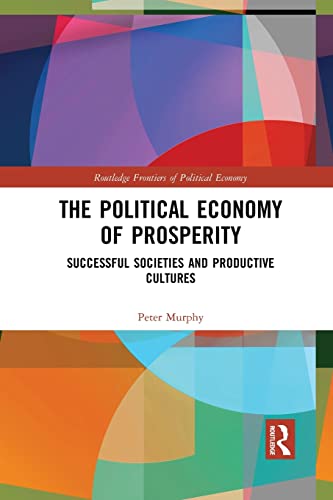 Why do some nations and cities attain high levels of economic and social prosperity? What makes them so successful? The kinds of factors habitually cited in answer to these questions explain why nations improve their economic and social performance but not why a small group of nations (or cities) perform much better than the rest. Economists stress efficient markets, effective industries and functional factors like transport, health, education, and infrastructure. Political scientists emphasize honest and democratic government. This book argues that three further factors are key: paradoxes, patterns, and portals.

To an unusual degree, the world's most prosperous economies and societies think and act paradoxically. At their core are enigmatic, puzzle-like belief systems that elicit cooperation via abstract patterns rather than personal connections. They are often accompanied by high levels of autodidactic self-directed learning and intense creation in the arts and sciences. These factors, when combined, facilitate large-scale interactions between strangers and, in so doing, they energize markets, industries, cities, and publics. Pattern-based political economies are especially prominent in the portal cities, regions, and nations that are concentrated along the world's maritime circumference in North America, East Asia, North-Western Europe, and Australasia. It is only by integrating additional cognitive, cultural, creative, and geographic elements that we can truly understand the successes of prosperous economies.

This book represents a significant contribution to the literature on political economy, economic growth, and prosperity.

Unlike many other books on the topic, Murphy adopts an acutely multidisciplinary approach, ranging from economics to ethnography, philosophy, and literary study... The Political Economy of Prosperity is a very interesting and notably readable book, from which I certainly learnt a lot. - Charles Amos, Institute of Economic Affairs, UK, from Economic Affairs 2020; 40:492-494.