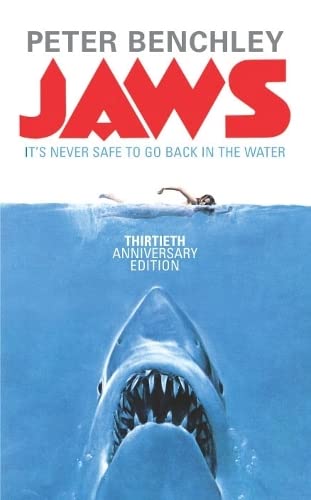 It was just another day in the life of a small Atlantic resort until the terror from the deep came to prey on unwary holiday makers. The first sign of trouble - a warning of what was to come - took the form of a young woman's body, or what was left of it, washed up on the long, white stretch of beach . . .

A summer of terror has begun.

`Pick up Jaws before midnight, read the first five pages, and I guarantee you'll be putting it down breathless and stunned, as dawn is breaking the next day' Daily Express

Peter Benchley's JAWS first appeared in 1974, creating a legend that refuses to die. For a new generation, the ultimate holiday nightmare is about to begin all over again . . .

Peter Benchley was born in New York City in 1940 and is the son of novelist Nathaniel Benchley and grandson of humorist Robert Benchley. He has worked as a reporter for the Washington Post, as associate editor of Newsweek and as a speech-writer for President Johnson. His stories and articles have appeared in numerous magazines, including the New Yorker and National Geographic. Jaws is his first novel.
GOR000588101
9780330243827
0330243829
Jaws by Peter Benchley
Peter Benchley
Used - Very Good
Paperback
Pan Macmillan
1995-10-01
336
N/A
Book picture is for illustrative purposes only, actual binding, cover or edition may vary.
This is a used book - there is no escaping the fact it has been read by someone else and it will show signs of wear and previous use. Overall we expect it to be in very good condition, but if you are not entirely satisfied please get in touch with us
Trustpilot