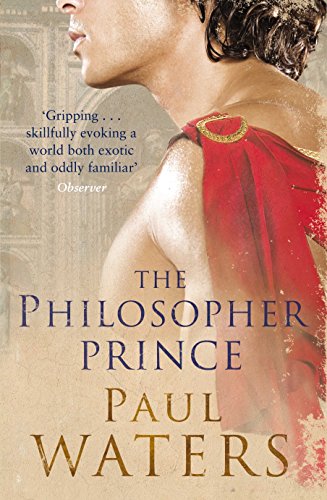 A classic in the making of historical fiction

355AD: the late-Roman world is one of ambitious bureaucrats and power-hungry courtiers. Two young members of the British nobility, Drusus and Marcellus, have fallen foul of the emperor's authority. Charged with treason by their nemesis, the emperor's dark and terrifying agent Paulus, they must face the might of the corrupt Roman state.

Their only ally is the young imperial prince, Julian. But Julian has troubles of his own: his success has made him hated by his uncle, the emperor. Surrounded by spies and adversaries, the two friends link their fate with Julian's. In a life-or-death struggle that takes them across the empire, they set themselves against forces determined to crush them.

Paul Waters is a well-travelled classicist; though educated in Britain, he has lived much of his life abroad, including in Africa, America and Greece. His first novel, Of Merchants & Heroes, was published in 2008, followed by Cast Not the Day in 2009.
GOR003541574
9780330512800
0330512803
The Philosopher Prince by Paul Waters
Paul Waters
Used - Very Good
Paperback
Pan Macmillan
20110204
384
N/A
Book picture is for illustrative purposes only, actual binding, cover or edition may vary.
This is a used book - there is no escaping the fact it has been read by someone else and it will show signs of wear and previous use. Overall we expect it to be in very good condition, but if you are not entirely satisfied please get in touch with us
Trustpilot