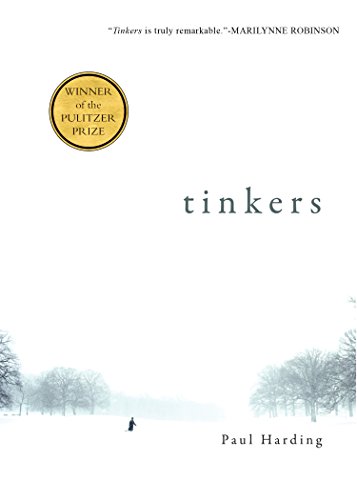 The Pulitzer Prize-winning and New York Times-bestselling debut novel about memory, consciousness, and man's place in the natural world.

"There are few perfect debut American novels. . . . To this list ought to be added Paul Harding's devastating first book, Tinkers. . . . Harding has written a masterpiece." -NPR

An old man lies dying. Propped up in his living room and surrounded by his children and grandchildren, George Washington Crosby drifts in and out of consciousness, back to the wonder and pain of his impoverished childhood in Maine. As the clock repairer's time winds down, his memories intertwine with those of his father, an epileptic, itinerant peddler and his grandfather, a Methodist preacher beset by madness. At once heartbreaking and life affirming, Tinkers is an elegiac meditation on love, loss, illness, faith, and the fierce beauty of nature.