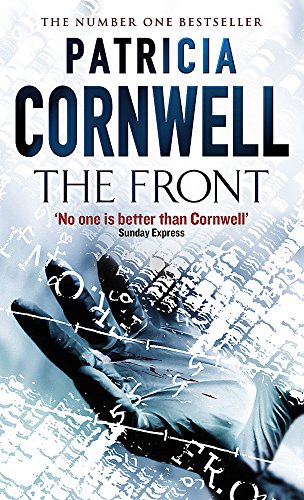 The Front by Patricia Cornwell

The Front by Patricia Cornwell

The Front is the second book in the Winston Garano series, from bestselling author Patricia Cornwell.

Massachusetts State Investigator Win Garano is given one of his most challenging cases yet when he is asked to investigate the death of a young British woman murdered more than forty years ago. Assumed to be a victim of the Boston Strangler, blind Janie Brolin was raped and left for dead in 1962.

With no DNA and sketchy police records, this is a case that will test Garano to his limits. It will take him on a journey through the archives, into the latest innovations in forensic technology, and into partnership with senior officers at London's New Scotland Yard.

And as Garano unearths deadly secrets from the past, his hard-nosed boss Monique Lamont is putting both their lives in jeopardy with her lust for power and success. With past and present colliding, the tension mounts with every page...

Offers a diverting blend of psychological suspense and the spiky politics of law enforcement. - The Age In her latest thriller, At Risk, [Cornwell] has returned to what she does best... - Independent Few...can compare to Patricia Cornwell' - Sunday Business PostFor Book of the Dead: 'Patricia Cornwell is the queen of gritty, grisly, crime fiction writing' - Heat

Patricia Cornwell's first crime novel, Postmortem, was published in 1990 and became the first novel to win all the major crime awards in a single year. In 2008 Cornwell won the Galaxy British Book Awards' Books Direct Crime Thriller of the Year - the first American ever to win this award. In 2011 she was awarded the Medal of Chevalier of the Order of Arts and Letters.

Often interviewed on US national television as a forensic consultant, Cornwell is a founder of the Virginia Institute of Forensic Science and Medicine; a founding member of the National Forensic Academy; a member of the Advisory Board for the Forensic Sciences Training Program at the Office of the Chief Medical Examiner, NYC and a member of the Harvard-affiliated McLean Hospital's National Council, where she is an advocate for psychiatric research.

Fox have acquired the film rights to the Scarpetta novels, featuring Angelina Jolie as Dr Kay Scarpetta. Cornwell's books are translated into thirty-six languages across more than fifty countries, and she is regarded as one of the major international bestselling authors.

GOR000390212
9780751539653
0751539651
The Front by Patricia Cornwell
Patricia Cornwell
Winston Garano Series
Used - Very Good
Paperback
Little, Brown Book Group
2008-12-29
240
N/A
Book picture is for illustrative purposes only, actual binding, cover or edition may vary.
This is a used book - there is no escaping the fact it has been read by someone else and it will show signs of wear and previous use. Overall we expect it to be in very good condition, but if you are not entirely satisfied please get in touch with us
Trustpilot