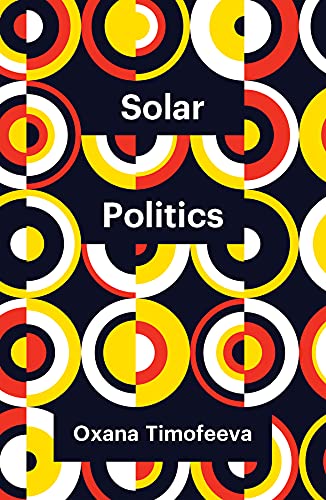 This book is a philosophical essay on the sun. It draws on Georges Bataille's theories of the solar economy and solar violence and demonstrates their relevance to a world affected by the COVID-19 pandemic and climate change.

The sun, which, since Antiquity, has played an essential role in our utopian imaginations, is the ultimate source of energy, both productive and destructive. According to Georges Bataille, its infinite generosity can be taken as the model for human societies, which suggests an alternative to the capitalist economy with its infinite expansion, colonization, and disastrous consequences on the cosmic scale.

Taking a step from solar economy to solar politics, Timofeeva locates the grounds for it in solidarity with nature, treated neither as a master nor as a slave, but as a comrade.

The book will appeal to students, academics, artists, and other readers interested in the philosophy of nature, ecology, social and political theory, postcolonial and decolonial studies, and the humanities generally.

What is needed today are books that combine the lesson of poststructuralism (historical character of our knowledge, its dependence on a social and linguistic context) with a robust approach to nature. In short, what is needed are books like Oxana Timofeeva's Solar Politics, which combines the analysis of sun as a planetary phenomenon, both constructive and destructive, with an inquiry into the complex metaphoric dimension of the signifier 'sun.' This book is not just a book..., it is THE book we have been waiting for.
Slavoj A iA ek, University of Ljubljana
Oxana Timofeeva is a Professor at the European University at St. Petersburg, a lead researcher at Tyumen State University, and a member of the artistic collective Chto Delat
Acknowledgements

Introduction: Two suns and the city

Conclusion: Sun is a comrade

Notes
NPB9781509549641
9781509549641
1509549641
Solar Politics by Oxana Timofeeva
Oxana Timofeeva
Theory Redux
New
Hardback
Polity Press
2022-02-04
140
N/A
Book picture is for illustrative purposes only, actual binding, cover or edition may vary.
This is a new book - be the first to read this copy. With untouched pages and a perfect binding, your brand new copy is ready to be opened for the first time
Trustpilot