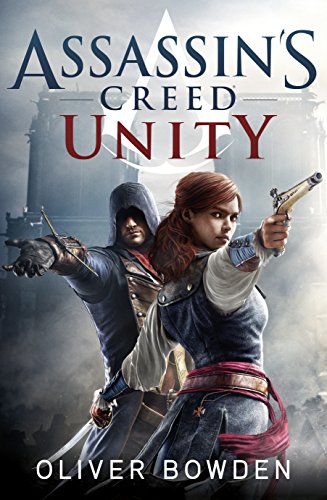 1789: The magnificent city of Paris sees the dawn of the French Revolution. The cobblestone streets run red with blood as the people rise against the oppressive aristocracy. But revolutionary justice comes at a high price...

At a time when the divide between the rich and poor is at its most extreme, and a nation is tearing itself apart, a young man and woman fight to avenge all they have lost.

Soon Arno and Elise are drawn into the centuries-old battle between the Assassins and the Templars - a world with dangers more deadly than they could ever have imagined.

The immersive story of the Assassins is continued in Oliver Bowden's gripping seventh Assassin's Creed novel, following Renaissance, Brotherhood, The Secret Crusade, Revelations, Forsaken and Black Flag.
Oliver Bowden is the pen-name of an acclaimed novelist.

Oliver Bowden is the pen-name of an acclaimed novelist.
GOR012149733
9780718179809
0718179803
Unity: Assassin's Creed Book 7 by Oliver Bowden
Oliver Bowden
Assassin's Creed
Used - Like New
Paperback
Penguin Books Ltd
20141113
314
N/A
Book picture is for illustrative purposes only, actual binding, cover or edition may vary.
The book has been read, but looks new. The book cover has no visible wear, and the dust jacket is included if applicable. No missing or damaged pages, no tears, possible very minimal creasing, no underlining or highlighting of text, and no writing in the margins
Trustpilot