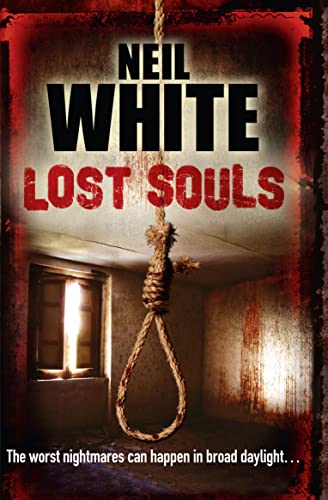 An utterly gripping novel for fans of Peter James and Mark Billingham, from a rising star in the crime genre.

An utterly gripping novel for fans of Peter James and Mark Billingham, from a rising star in the crime genre.

A woman is found brutally murdered on a quiet housing estate, her tongue and eyes ritualistically gouged out.

Children are being abducted and then returned to their families days later without a scratch and with no knowledge or where they have been - or with whom.

If DC Laura McGanity thought moving from London to sleepy Lancashire was taking the easy option then she can think again. Already worried about uprooting young son Bobby to follow her reporter boyfriend Jack Garrett back to his hometown, she must quickly get a handle on these mystifying cases terrifying the people of Blackley - without putting the local officers' noses out of joint.

Meanwhile, restless Jack is itching to get back to his writing and the cases provide the perfect opportunity to do so. But as he delves deeper into them, he finds murky connections between the two crimes and skeletons buried in the most unlikely of closets.

Most astonishing of all, he meets a man who 'paints' the future - terrible events come to him in vivid dreams which he then puts onto canvas. This 'precognition' is not so much a gift as a curse and to Jack it becomes terrifyingly that many people, including his own family, are in danger...

'Fallen Idols has been hailed as a stunning debut'.
The Blackpool Gazette

'Fallen Idols...has all the hallmarks of a great read for crime-thriller fans with celebrity killings, conspiracies, revenge and even a hint of romance'.
The Weekly News

'... a whirlwind of a novel...a serious contender to match the giants of the crime fiction world'
Crimesquad.com

Born above a shoe shop in the mid-1960s, Neil spent most of his childhood in Wakefield in West Yorkshire as his father pursued a career in the shoe trade. This took Neil to Bridlington in his teens, where he failed all his exams and discovered that doing nothing soon turns into long-term unemployment. Re-inventing himself, Neil returned to education in his 20s, qualified as a solicitor when he was 30, and now spends his days in the courtroom and his evenings writing crime fiction

GOR004256268
9780007484492
0007484496
Lost Souls by Neil White
Neil White
Used - Very Good
Paperback
HarperCollins Publishers
20120426
528
N/A
Book picture is for illustrative purposes only, actual binding, cover or edition may vary.
This is a used book - there is no escaping the fact it has been read by someone else and it will show signs of wear and previous use. Overall we expect it to be in very good condition, but if you are not entirely satisfied please get in touch with us
Trustpilot