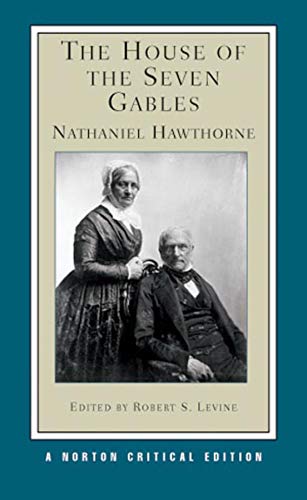 The House of the Seven Gables by Nathaniel Hawthorne

This all-new edition of Hawthorne's celebrated 1851 novel is based on The Ohio State University Press's Centenary Edition of the Works of Nathaniel Hawthorne.

The House of the Seven Gables by Nathaniel Hawthorne

It is accompanied by thorough explanatory annotations and an insightful introduction to the novel and antebellum culture by Robert S. Levine.

Contexts brings together a generous selection of primary materials intended to provide readers with background on the novel's central themes. Historical documents include accounts of Salem's history by Thomas Maule, Robert Calef, Joseph B. Felt, and Charles W. Upham, which Hawthorne drew on for The House of the Seven Gables. The importance of the house in antebellum America-as a manifestation of the body, a site of genealogical history, and a symbol of the republic's middle class-is explored through the diverse writings of William Andrus Alcott, Edgar Allan Poe, and J. H. Agnew, among others. The impact of technological developments on the novel, especially of daguerreotypy, is considered through the writings of Ralph Waldo Emerson, Gustave de Beaumont, and Alexis de Tocqueville, among others. Also included are two of Hawthorne's literary sketches-Alice Doane's Appeal and The Old Apple Dealer-that demonstrate the continuity of Hawthorne's style, from his earlier periodical writing to his later career as a novelist.

A Chronology and Selected Bibliography are also included.
Robert S. Levine (Ph.D. Stanford; General Editor and Editor, 1820-1865) is Distinguished University Professor of English and Distinguished Scholar-Teacher at the University of Maryland, College Park. He is the author of?Conspiracy and Romance: Studies in Brockden Brown, Cooper, Hawthorne, and Melville; Martin Delany, Frederick Douglass, and the Politics of Representative Identity; Dislocating Race and Nation: Episodes in Nineteenth-Century American Literary Nationalism; The Lives of Frederick Douglas; Race, Transnationalism, and Nineteenth-Century American Literary Studies; and (upcoming from Norton) The Failed Promise: Reconstruction, Frederick Douglass, and the Impeachment of Andrew Johnson. He has edited a number of books, including The New Cambridge Companion to Herman Melville and Norton Critical Editions of Hawthorne's The House of the Seven Gables and Melville's Pierre. Levine has received fellowships from the NEH and the Guggenheim Foundation. In 2014 the American Literature Section of the MLA awarded him the Hubbell Medal for Lifetime Achievement in American Literary Studies.
CIN000837333
9780393924763
0393924769
The House of the Seven Gables by Nathaniel Hawthorne
Nathaniel Hawthorne
Norton Critical Editions
Used - Very Good
Paperback
WW Norton & Co
20050920
528
N/A
Book picture is for illustrative purposes only, actual binding, cover or edition may vary.
This is a used book - there is no escaping the fact it has been read by someone else and it will show signs of wear and previous use. Overall we expect it to be in very good condition, but if you are not entirely satisfied please get in touch with us
Trustpilot