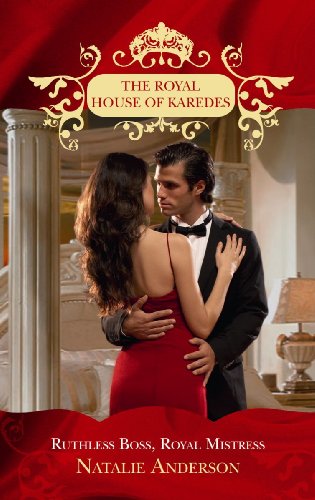 The Royal House of Karedes

The Royal House of Karedes

From boardroom to the boss's bedroom!

Princess Lissa Karedes, socialite and renowned party-girl, has been packed off to Australia to learn the meaning of work! But billionaire James Black, her wickedly sexy new boss has different ideas. He won't be treating her any differently just because she's royal.

But he is tempted to break a golden rule and bed his assistant! Lisa is dreadful at business...though there's no denying she's giving him pleasure! However when she nearly costs him his reputation, he issues her an ultimatum: she's banned from his boardroom, but welcome to take a permanent promotion...to his bedroom!

USA Today bestselling author Natalie Anderson writes emotional contemporary romance full of sparkling banter, sizzling heat and uplifting endings-perfect for readers who love to escape with empowered heroines and arrogant alphas who are too sexy for their own good.

When not writing you'll find her wrangling her 4 children, 3 cats, 2 goldish and 1 dog... and snuggled in a heap on the sofa with her husband at the end of the day.

GOR001030897
9780263875607
0263875601
Ruthless Boss, Royal Mistress (The Royal House of Karedes, Book 7) by Natalie Anderson
Natalie Anderson
The Royal House of Karedes
Used - Very Good
Paperback
HarperCollins Publishers
2009-11-01
272
N/A
Book picture is for illustrative purposes only, actual binding, cover or edition may vary.
This is a used book - there is no escaping the fact it has been read by someone else and it will show signs of wear and previous use. Overall we expect it to be in very good condition, but if you are not entirely satisfied please get in touch with us
Trustpilot