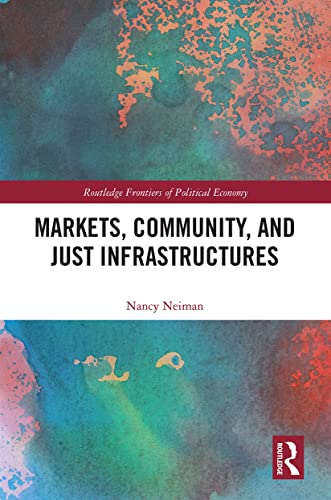 This book explores how culture, politics, and ideology help shape market incentives in an attempt to reclaim the language of economic rationality and the policymaking legitimacy that accompanies it.

A series of market-related crises over the past two decades - financial, environmental, health, education, poverty - reinvigorated the debate about markets and social justice. Since then, counter-hegemonic movements all over the globe are attempting to redefine markets and the meaning of economic enterprise in people's daily lives. Assessments of market outcomes tend toward the polemical, with capitalists and socialists, globalization advocates and anti-globalization movements, those on the political right and those on the left, all facing off to argue the benefits or harms brought about by markets. Yet not enough attention has been paid to analyzing the conditions under which markets result in just outcomes. This book explores how culture, politics, and ideology help shape market incentives in an attempt to reclaim the language of economic rationality and the policymaking legitimacy that accompanies it.

Through a variety of case studies - labor relations in the U.S. meatpacking industry, the globalization process in Juairez, Mexico, financial reform in Cuba, and an interfaith Ugandan coffee cooperative - this book provides a framework for understanding the conditions under which markets promote just or unjust outcomes (e.g., discrimination, income inequality, environmental degradation, or racial justice, human rights, and equitable growth). This book touches on subject matter as varied as food, religion, banking, and race and gender equality, from a multi-disciplinary perspective. It offers an analysis of markets based on community rather than pure individualism that has the potential to change the way we think about economic rationality.

An accessible and compelling read, this book will appeal to students and scholars in political science, economics, sociology, geography, gender studies, critical race studies, environmental studies, and all those interested in the critique of mainstream economics and neoliberal logic.

Nancy Neiman earned an MA in Economics and a PhD in Political Science from Yale University. She has taught at Scripps College since 1993, where she has held positions in the Politics and Economics Departments and the Mary Wig Johnson Chair in Teaching. Professor Neiman is the author of States, Banks, and Markets: Mexico's Path to Financial Liberalization in Comparative Perspective (Westview, 2001). Her research covers a wide variety of topics, including neoliberalism, dollarization, financial crises in Latin America, fair trade coffee in Africa, alternative education in the U.S., and politics of the global food movement. Markets, Community, and Just Infrastructures represents a culmination of years of diverse and interdisciplinary teaching, research, and community engagement.

Introduction 1.The Severing Paradigm and the Rationality of Justice 2.The US Meatpacking and the Promotion of Racist Ideology 3.Juairez and Globalization in the context of Neoliberal Patriarchy 4.The Cuban Reform Process Through a Neoliberal Frame 5.Marketing Community in Uganda Conclusion

NLS9780367517809
9780367517809
0367517809
Markets, Community and Just Infrastructures by Nancy Neiman
Nancy Neiman
Routledge Frontiers of Political Economy
New
Paperback
Taylor & Francis Ltd
2022-04-29
180
N/A
Book picture is for illustrative purposes only, actual binding, cover or edition may vary.
This is a new book - be the first to read this copy. With untouched pages and a perfect binding, your brand new copy is ready to be opened for the first time
Trustpilot