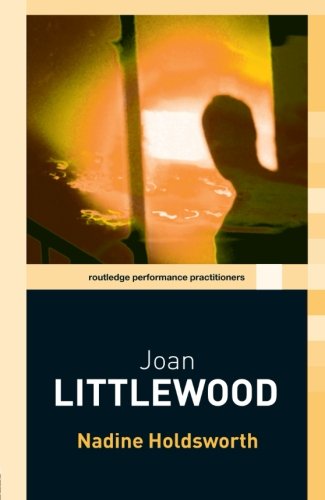 Focusing on Joan Littlewood and her company, Theatre Workshop, this book explores the background to, and the work of a major influence on twentieth- and twenty-first-century performance.

The only book currently available on Joan Littlewood and her company, 'Theatre Workshop', this book explores the background to, and the work of a major influence on twentieth- and twenty-first-century performance.

Part of the successful Routledge Performance Practitioners series, this book uses original archival material to explore Joan Littlewood - a theatrical and cultural innovator whose contributions to theatre made a huge impact on the way theatre was generated, rehearsed and presented during the twentieth century.

This is the first book to combine:

As a first step towards critical understanding, and as an initial exploration before going on to further, primary research, Joan Littlewood is unbeatable value for today's student.

'Excellently researched, well written and highly readable... particularly student friendly'. - CHOICE
List of Figures. Acknowledgements 1. Biography in Political Social and Artistic Context 2. Joan Littlewood's Working Method 3. Description and Analysis of Oh What a Lovely War 4. Practical Exercises. Name Glossary. Bibliography. Index
GOR004058958
9780415338875
0415338875
Joan Littlewood by Nadine Holdsworth (University of Warwick, UK)
Nadine Holdsworth (University of Warwick, UK)
Routledge Performance Practitioners
Used - Very Good
Paperback
Taylor & Francis Ltd
20060517
168
null null null null null null null null null null
Book picture is for illustrative purposes only, actual binding, cover or edition may vary.
This is a used book - there is no escaping the fact it has been read by someone else and it will show signs of wear and previous use. Overall we expect it to be in very good condition, but if you are not entirely satisfied please get in touch with us
Trustpilot