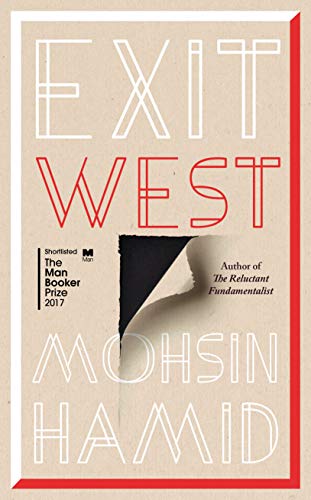 SHORTLISTED FOR THE MAN BOOKER PRIZE 2017

SHORTLISTED FOR THE LOS ANGELES TIMES BOOK PRIZE FOR FICTION

NOMINATED FOR THE NATIONAL BOOK CRITICS CIRCLE AWARD FOR FICTION

'Spare, crystalline prose, mixing the real and the surreal and using old fairy-tale magic... An unnervingly dystopian portrait of what might lie down the road' Michiko Kakutani, New York Times

An extraordinary story of love and hope from the bestselling, Man Booker-shortlisted author of The Reluctant Fundamentalist

Nadia and Saeed are two ordinary young people, attempting to do an extraordinary thing - to fall in love - in a world turned upside down. Theirs will be a love story but also a story about how we live now and how we might live tomorrow, of a world in crisis and two human beings travelling through it.

Civil war has come to the city which Nadia and Saeed call home. Before long they will need to leave their motherland behind - when the streets are no longer useable and the unknown is safer than the known. They will join the great outpouring of people fleeing a collapsing city, hoping against hope, looking for their place in the world . . .

Writing in spare, crystalline prose, Hamid conveys the experience of living in a city under siege with sharp, stabbing immediacy

* New Yorker *
As with the very best literature, its crystalline readability fast eclipses its topicality * Mail on Sunday *
[A] devastating portrait of victims of war, creating a singular parable about modernity, migration and the individual's place in the world * The Guardian *
A deceptively simple conceit turns a timely novel about a couple fleeing a civil war into a profound meditation on the psychology of exile. A novel that fuses the real with the surreal - perhaps the most faithful way to convey the tremulous political fault lines of our interconnected planet * The New York Times *
No conventional love story. [An] exceptionally moving and powerful novel * The Guardian *
Publisher's description. In an unnamed city swollen by refugees but not yet at war, two young people meet and fall in love. They pretend not to hear the sound of bombs getting closer every night. But one day soon they will have to escape this place, running for their lives, searching for their place in the world. * Penguin *
Impressive... Exit West confirms Hamid's reputation as a brilliant ventriloquist who is deeply engaged with the most pressing issues of our time -- Andrew Motion (Book of the Week) * Guardian *
Powerful... Hamid unfolds the disintegration of civic life and the couple's poignant intimacy with vivid, economical strokes. Hamid is the master of the illuminating metaphor * Sunday Times *
Wry [and] intelligent... Part pared-down romance, part 21st-century fable for a world of porous borders, Exit West is a thought experiment that pivots on the crucial figure of this century: the migrant * Financial Times *
A subtle and moving examination of how human relationships endure and falter under unimaginable pressures. Exit West is an instant classic * GQ *
Breathlessly relevant... Hamid's book could hardly be more timely; it's addictively readable and brilliantly written to boot * Mail on Sunday *
Astonishing * Zadie Smith *
Exit West packs such an emotional wallop you will be thinking about it for days afterwards. For Hamid is not only telling a story, he is asking what sort of a world we want to live in. * Editor's Choice, the Bookseller *
A love story as spare, haunting and spiritually powerful as a haiku. All my life I will remember Nadia and Saeed, their humanity against a surreal, broken landscape. Exit West is Hamid's finest book. * Kiran Desai *
It's a terrific, beautifully constructed, important novel of our time. This is what we expect fiction to do: to examine our age but also to cast an eye on the past and - very brilliantly in this case - on the future too. I love it. * Mirza Waheed *
Exit West is a masterpiece. It stretches the boundaries of the real just enough to make a point about the state of immigrants and refugees in the contemporary world. But it's very much grounded in reality. It's a beautiful book. * Michael Chabon *
Mohsin Hamid is one of the most talented and formally audacious writers of his generation * Telegraph *
A man born to write -- Dave Eggers
The voice of a changing continent. A writer at the top of his game * Metro *
Mohsin Hamid writes regularly for The New York Times, the Guardian and the New York Review of Books, and is the author of The Reluctant Fundamentalist, Moth Smoke, How to Get Filthy Rich in Rising Asia and Discontent and its Civilisations. Born and mostly raised in Lahore, he has since lived between Lahore, London and New York. His next novel, Exit West, will be published by Hamish Hamilton in spring 2017.
GOR008127195
9780241290088
0241290082
Exit West: SHORTLISTED for the Man Booker Prize 2017 by Mohsin Hamid
Mohsin Hamid
Used - Very Good
Hardback
Penguin Books Ltd
2017-02-27
240
N/A
Book picture is for illustrative purposes only, actual binding, cover or edition may vary.
This is a used book - there is no escaping the fact it has been read by someone else and it will show signs of wear and previous use. Overall we expect it to be in very good condition, but if you are not entirely satisfied please get in touch with us
Trustpilot