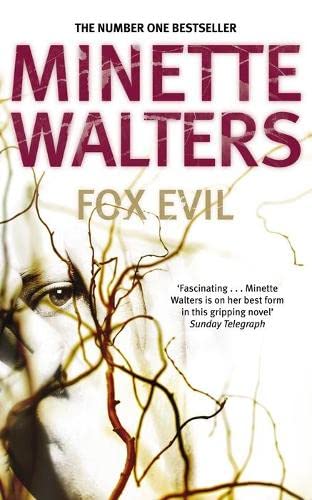 A stunning bestseller from Britain's most exciting crime writer

When elderly Ailsa Lockyer-Fox is found dead in her garden, dressed only in night clothes and with blood stains on the ground near her body, the finger of suspicion points at her wealthy, landowning husband, Colonel James Lockyer-Fox. A coroner's inquest gives a verdict of 'natural causes' but the gossip surrounding him refuses to go away.

Why? Because he's guilty? Or because resentful women in the isolated Dorset village where he lives rule the roost? Shenstead is a place of too few people and too many secrets. Why have James and Ailsa cut their children out of their wills? What happened in the past to create such animosity within the family? And why is James so desperate to find his illegitimate grandchild?

Friendless and alone, his reclusive behaviour begins to alarm his London-based solicitor, Mark Ankerton, whose concern deepens when he discovers that James has become the victim of a relentless campaign which accuses him of far worse than the death of his wife. Allegations which he refuses to challenge . . . Why? Because they're a motive for murder? . . .

Minette Walters is England's bestselling female crime writer. She has won the CWA John Creasey Award for best first crime novel, the Edgar Allan Poe Award for best crime novel published in America and two CWA Gold Daggers for fiction. Minette writes full-time and lives in Dorset with her husband.
GOR000517617
9780330493901
0330493906
Fox Evil by Minette Walters
Minette Walters
Used - Very Good
Paperback
Pan Macmillan
2003-08-01
576
Winner of CWA Goldsboro Gold Dagger 2003 (UK)
Book picture is for illustrative purposes only, actual binding, cover or edition may vary.
This is a used book - there is no escaping the fact it has been read by someone else and it will show signs of wear and previous use. Overall we expect it to be in very good condition, but if you are not entirely satisfied please get in touch with us
Trustpilot