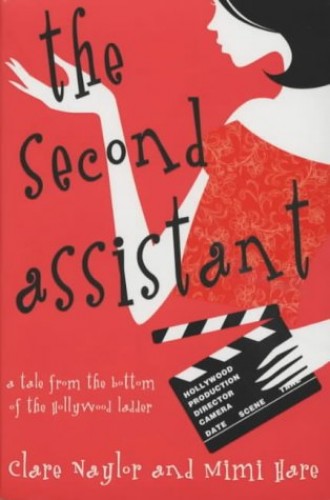 The Second Assistant by Mimi Hare

A tale from the bottom of the Hollywood ladder

The Second Assistant by Mimi Hare

When you hit the lobby of the Hollywood's premier talent management company, The Agency, with its polished marble floor and a light so brilliant flooding through the vast windows that you reach for your Gucci sunglasses (before you remember they are last season's, and put them back swiftly), you realise that you are, arguably, in the most important place in Hollywood. And if you take a job there as second assistant, your life will never be the same again. So it is for Elizabeth, newly employed by Hollywood manager extraordinaire, Scott Wagner, and his side-kick, Lara, the woman who hates everyone and everything in Hollywood . . .

Elizabeth's first task is to separate the beige thumb tacks from the coloured ones on the notice board. And when Lara takes her out for her drink that night and gives her the first rule, Never to Date anyone in the Business, she thinks it'll be a doddle. Until the most gorgeous man rescues her after a fall, and she finds herself in a beautiful Malibu beach house . . .

Hilarious, sassy and utterly unputdownable, this is life in the Hollywood fast lane - with the top down.

Mimi Hare is the co-author, with Clare Naylor, of The Second Assistant (Pan 2004) and The First Assistant (Pan 2007). An American, she now lives in London with her husband and their baby son. Clare Naylor was an editorial assistant in London publishing house, and is the author of several novels including Love: A User's Guide and Catching Alice. She is the co-author, with Mimi Hare, of two novels, The Second Assistant (Pan 2004) and The First Assistant (Pan 2007). She lives in London.
GOR000361875
9780330420075
0330420070
The Second Assistant by Mimi Hare
Mimi Hare
Used - Very Good
Paperback
Pan Macmillan
20040702
464
N/A
Book picture is for illustrative purposes only, actual binding, cover or edition may vary.
This is a used book - there is no escaping the fact it has been read by someone else and it will show signs of wear and previous use. Overall we expect it to be in very good condition, but if you are not entirely satisfied please get in touch with us
Trustpilot