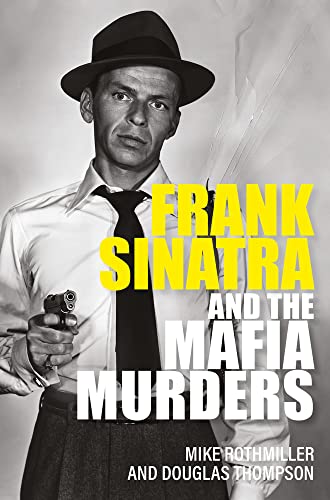 Frank Sinatra and the Mafia Murders by Mike Rothmiller

Drawing on recently released secret files, an astonishing look at the extent to which Frank Sinatra's life and career were inextricably linked with the Mafia, and how a number of innocent people died, simply because they knew Sinatra, or had upset him.

Frank Sinatra and the Mafia Murders by Mike Rothmiller

It was said of the young Frank Sinatra that he came across as 'St Francis of Assisi with a shoulder holster'. In Frank Sinatra and the Mafia Murders Mike Rothmiller and Douglas Thompson draw on previously secret Los Angeles Police intelligence files, a cache of FBI documents released to the authors in 2021 and extensive interviews with prime sources, including many who worked with Frank Sinatra and many more who tracked his long and fatal association with the American Mafia, notably his ongoing connection, after his original godfather was assassinated: Sam 'Momo' Giancana, who shared a lover with President John F. Kennedy.

Sixteen days after the assassination of John F. Kennedy on 30 November 1963, nineteen-year-old Frank Sinatra Jr. was kidnapped at gunpoint from his hotel room in Lake Tahoe, Nevada. A $240,000 ransom was demanded from his father. While the FBI and Nevada and California law-enforcement agencies sprang into action, Frank secretly contacted his Mafia friends for help. The Mafia believed they could free young Frank much more quickly through their underworld connections. Some of those they questioned died.

Revealed here as never before is the extent to which Sinatra was adopted by the Mafia. They promoted his career and 'watched his back' and, in return, Sinatra danced to their tune. New information disclosed here shows that Sinatra also offered to spy for the CIA. Inside sources say Sinatra wanted the CIA to intercede to stop an investigation into his gaming licence in Las Vegas. But the CIA declined because they were already working with the Mob and were concerned Sinatra would learn of the Mafia's connection to the CIA and leak it.

Praise for the authors' Bombshell:

'The claims are hard to believe . . . but the source is so solid and credible that you will find this amazing story hard to dismiss' Daily Mail

Mike Rothmiller served for ten years with the Los Angeles Police Department [LAPD], including five years as a deep undercover detective with the Organized Crime Intelligence Division [OCID]. He is the author of numerous books, his first, LA Secret Police: Inside the Elite LAPD Spy Network, was a New York Times bestseller. Alongside his dedication to public service, Mike Rothmiller has established a media career producing television documentaries and working as a correspondent and presenter for America's PBS, ESPN and other international television markets.

Douglas Thompson is the author of major Hollywood biographies and revelatory bestsellers about remarkable people and events. The author, broadcaster and international journalist is a regular contributor to major newspapers and magazines worldwide. With Christine Keeler, he wrote her revealing memoir The Truth at Last. His bestseller, The Dark Heart of Hollywood, detailed the history and influence of organised crime on the film capital and is being developed as a multi-season television series.

NGR9781802470840
9781802470840
1802470840
Frank Sinatra and the Mafia Murders by Mike Rothmiller
Mike Rothmiller
New
Paperback
Ad Lib Publishers Ltd
2022-09-15
256
N/A
Book picture is for illustrative purposes only, actual binding, cover or edition may vary.
This is a new book - be the first to read this copy. With untouched pages and a perfect binding, your brand new copy is ready to be opened for the first time
Trustpilot