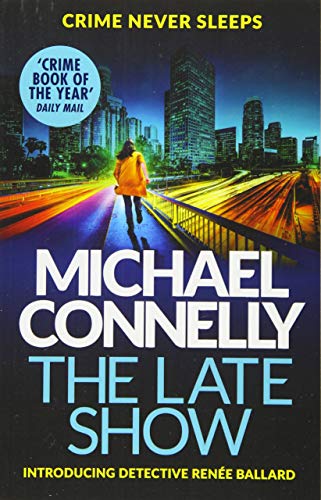 The Late Show by Michael Connelly

The Late Show by Michael Connelly

ONE OF AMAZON'S BEST MYSTERY/THRILLERS OF THE YEAR

It's thankless work for a once-promising detective, keeping strange hours in a twilight world of crime.

Some nights are worse than others. And tonight is the worst yet.

Two shocking cases, hours apart: a brutal assault, and a multiple murder with no suspects.

Ballard knows it is always darkest before dawn. But what she doesn't know - yet - is how deep her investigation will take her into the dark heart of her city, the police department and her own past...

The Late Show will keep you up all night: it's time to meet Detective Renee Ballard.

'It has been more than ten years since Connelly, one of the world's greatest crime writers, last launched a major new character. Superb storytelling - this cements Connelly's place at the very top of the crime-writing tree' Daily Mail

'Classy and clever, with a tenacious heroine' Sunday Mirror

'Connelly achieves an enormous amount in these pages: he creates a new character who immediately leaps into life; and controls a complex, fast-paced plot full of surprises' Evening Standard

'The Late Show introduces a terrific female character: Detective Renee Ballard. The pacing is breathless ... Ballard has astonishing resourcefulness and bravery - she is complicated and driven' New York Times

'Although the usual Connelly fingerprints are in evidence here - the real achievement is the creation of his tenacious heroine, Ballard' Guardian

'Ballard is significantly more than a Bosch replacement or clone - an absorbing character on her own terms. Connelly has created yet another potentially iconic tarnished knight of those perennially mean streets' Irish Times