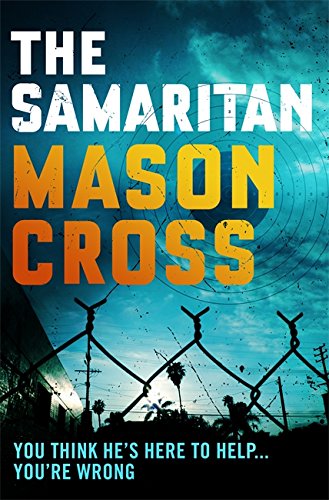 The Samaritan by Mason Cross

For fans of Lee Child, Michael Connelly and James Patterson, THE SAMARITAN is the gripping second novel in the Carter Blake series, from the author of THE KILLING SEASON.

When the mutilated body of a young woman is discovered in the Santa Monica Mountains, LAPD Detective Jessica Allen knows she's seen this MO before - two and a half years ago on the other side of the country.

A sadistic serial killer has been operating undetected for a decade, preying on lone female drivers who have broken down. The press dub the killer 'the Samaritan', but with no leads and a killer who leaves no traces, the police investigation quickly grinds to a halt.

That's when Carter Blake shows up to volunteer his services. He's a skilled manhunter with an uncanny ability to predict the Samaritan's next moves. At first, Allen and her colleagues are suspicious. After all, their new ally shares some uncomfortable similarities to the man they're tracking. But as the Samaritan takes his slaughter to the next level, Blake must find a way to stop him ... even if it means bringing his own past crashing down on top of him.

'A sprawling American epic delivered with panache.' -- Barry Forshaw * INDEPENDENT *
'If you love Michael Connelly and Robert Crais thrillers that pack action and nerve-shredding suspense while moving to a cool Los Angeles vibe, you'll rave about this.' * PETERBOROUGH EVENING TELEGRAPH *
Even jaded genre readers will be absorbed by Cross's second thriller . . . Cross makes the most of perspectives . . . building up to a logical but surprising climax * PUBLISHERS WEEKLY *
Fans of Jeffery Deaver - that other thrill-master who can't resist piling on the climactic twists even as the lights are coming up and you're looking for your umbrella - should be enthralled * KIRKUS REVIEWS *
Mason Cross was born in Glasgow in 1979. He studied English at the University of Stirling and currently works in the voluntary sector. He has written a number of short stories, including 'A Living', which was shortlisted for the Quick Reads 'Get Britain Reading' Award. He lives in Glasgow with his wife and three children. Find out more at www.masoncross.net or follow him on Twitter @MasonCrossBooks
GOR006909304
9781409146155
1409146154
The Samaritan: Carter Blake Book 2 by Mason Cross
Mason Cross
Carter Blake Series
Used - Very Good
Hardback
Orion Publishing Co
2015-07-16
416
N/A
Book picture is for illustrative purposes only, actual binding, cover or edition may vary.
This is a used book - there is no escaping the fact it has been read by someone else and it will show signs of wear and previous use. Overall we expect it to be in very good condition, but if you are not entirely satisfied please get in touch with us
Trustpilot