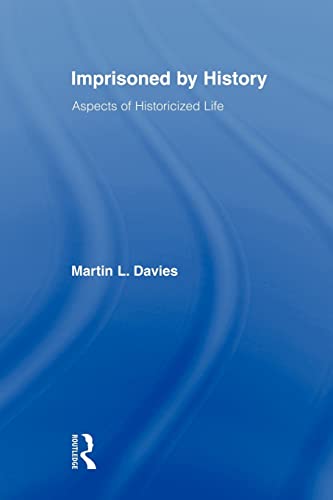 Imprisoned by History: Aspects of Historicized Life offers a controversial analysis, grounded both in philosophical argument and empirical evidence, of what history does in contemporary culture. It endorses and extends the argument that contemporary society is, in historical terms, already historicized, shaped by history - and thus history loses sight of the world, seeing it only as a reflection of its own self-image. By focusing on history as a way of thinking about the world, as a thought-style, this volume delivers a major, decisive, thought-provoking critique of a crucial aspect contemporary culture and the public sphere.

By illustrating the ways in which history enforces socially coercive attitudes and forms of behaviour, Martin Davies argues that history is therefore in itself ideological and exists as an instrument of political power. Contending that this ideological function is the "normal" function of professional academic history, he repudiates entirely the conventional view that only biased or "bad" history is ideological. By finding history projecting onto the world and getting reflected back at it the exacting, history-focused thinking and behaviour on which the discipline and the subject rely, he concludes that history's very "normality" and "objectivity" are inherently compromised and that history works only in terms of its own self-interest.

Martin L. Davies works in the School of Historical Studies, University of Leicester, UK, having previously lectured in the School of Modern Languages. Besides numerous articles he has written Identity or History? Marcus Herz and the End of the Enlightenment (1995) and Historics: Why History Dominates Contemporary Society (Routledge, 2006).

NLS9780415807166
9780415807166
0415807166
Imprisoned by History: Aspects of Historicized Life by Martin L. Davies (University of Leicester, UK)
Martin L. Davies (University of Leicester, UK)
New
Paperback
Taylor & Francis Ltd
2012-05-01
276
N/A
Book picture is for illustrative purposes only, actual binding, cover or edition may vary.
This is a new book - be the first to read this copy. With untouched pages and a perfect binding, your brand new copy is ready to be opened for the first time
Trustpilot