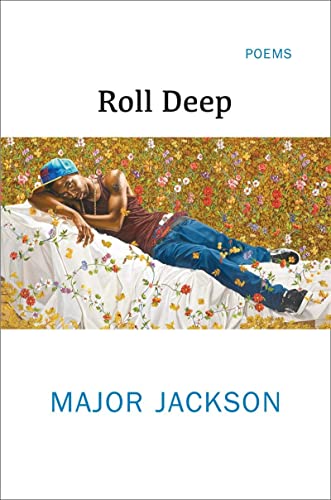 This breakthrough volume appropriates the vernacular notion of rolling deep to explore human intimacy and war.

In his fourth collection, a breakthrough volume, Major Jackson appropriates the vernacular notion of rolling deep to capture the spirit of aesthetic travel that defines these forceful new poems and brazenly announces his steady accretion of literary and artistic influences, both formal and experimental-his crew. The confident and radiant poems in Roll Deep address a range of topics, most prominently human intimacy and war. And like his best work to date, these poems create new experiences with language owed to Jackson's willingness to once again seek a rhythmic sound that expresses the unique realities of the twenty-first century with humor and understanding. Whether set in Nairobi, Madrid, or Greece, the poems are sensuously evocative and unapologetically with-it, in their effort to build community across borders of language and style.

From Urban Renewal, The Dadaab Suite:

I have come to Dadaab like an actor
on a press release, unprepared for the drained faces
of famine-fleeing refugees, my craft's glamour
dimmed by hundreds of infant graves, children
whose lolling heads' final drop landed on their mothers'
backs like soft stones. What beauty can I spell in
this swelter of dust?

Devastatingly effective...lushly memorable. -- Washington Post
Extraordinary...Jackson has created a new poetry of praise. -- San Francisco Chronicle
A remixed Odyssey whose speaker 'rolls deep'...far from home by staying true to where he's from. -- New York Times Book Review
Major Jackson wants art to 'Blow / back the ordinary / jive of planet Earth,' and his new poems roil and buckle, skitter and swerve, clot and spill out into the world. Roll Deep is his fourth and best book; his voice seems to have broken loose, allowing for all manner of praise and lament, for observation and meditation, the grim and the goofball, and for outbreaks of pure sorcery, where 'punctuation is my jury and the moon is my judge.' -- Mark Doty
Major Jackson's fourth collection of poetry, Roll Deep, juxtaposes the physical and the metaphysical, the external and the internal where the landscape and the mind of the poet converge until time bends. The imagery travels through a timely multiplicity, always surefooted and attuned, but never outdistancing the natural truth in this cosmopolitan voice. The poet writes the world he encounters, and imagines, with playfully deep interplay. The music in the language of Roll Deep is seductively straightforward, and each body-brain poem here puts genius squarely on the line. -- Yusef Komunyakaa
Major Jackson is the author of five volumes of poems, including Roll Deep and Leaving Saturn, which won the Cave Canem Poetry Prize for a first book of poems. The poetry editor of the Harvard Review, Jackson lives in South Burlington, Vermont.
CIN001330319
9780393246896
0393246892
Roll Deep: Poems by Major Jackson
Major Jackson
Used - Good
Hardback
WW Norton & Co
20150821
96
Winner of Vermont Book Award 2016
Book picture is for illustrative purposes only, actual binding, cover or edition may vary.
This is a used book - there is no escaping the fact it has been read by someone else and it will show signs of wear and previous use. Overall we expect it to be in good condition, but if you are not entirely satisfied please get in touch with us
Trustpilot