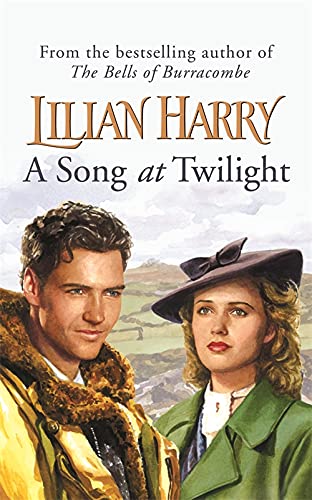 A Song at Twilight by Lilian Harry

A powerful novel from bestselling author Lilian Harry, set in and around a Devon airfield during the Second World War.

A Song at Twilight by Lilian Harry

A powerful novel from bestselling author Lilian Harry, set in and around a Devon airfield during the Second World War.

It is 1943, and the quiet of Harrowbeer, in Devon, is disrupted by increased activity at the nearly airfield built at the beginning of the war. Among the squadrons moving in are pilots from Britain, Canada and Poland. The airfield, with its noise and its population, has a massive impact on the peaceful villages nearby - an impact that will affect some inhabitants for the rest of their lives.

Alison, married to a pilot and newly pregnant, soon makes friends with the locals, particularly with May, who finds herself caught up in the life of the RAF, watching and waiting as the pilots and crew carry out their dangerous missions.

Then, on the night when Alison's baby is born, her husband is reported missing and Alison and May find themselves facing a dilemma all too familiar to the wives and sweethearts of those who flew the Spitfires, Hurricanes and other aircraft to protect their country during this time of war.

Lilian Harry grew up in Gosport, on the shores of Portsmouth Harbour, and now lives on the edge of Dartmoor with two miniature schnauzers who allow her just enough room on the sofa. She is a keen bellringer and walker, and enjoys taking part in village life. Her daughter and two grandchildren live nearby. Follow Lilian on Twitter @LilianHarry or visit www.orionbooks.co.uk to find out more.
GOR000366743
9780752881256
0752881256
A Song at Twilight by Lilian Harry
Lilian Harry
Used - Very Good
Paperback
Orion Publishing Co
2007-02-21
400
N/A
Book picture is for illustrative purposes only, actual binding, cover or edition may vary.
This is a used book - there is no escaping the fact it has been read by someone else and it will show signs of wear and previous use. Overall we expect it to be in very good condition, but if you are not entirely satisfied please get in touch with us
Trustpilot