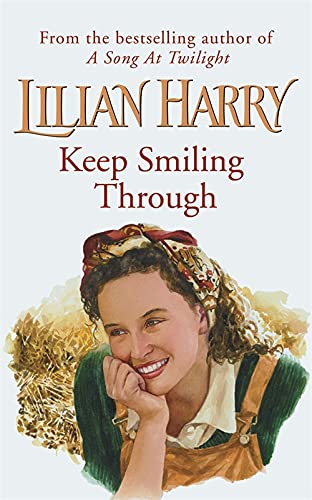 Keep Smiling Through by Lilian Harry

Continuing the powerful Second World War saga about the lives, hopes and fears of the families in April Grove.

Keep Smiling Through by Lilian Harry

Continuing the powerful Second World War saga about the lives, hopes and fears of the families in April Grove.

May 1941 - and the people of April Grove, Portsmouth are beginning to feel the war will never end.

Families are being torn apart, not only by the separations and loss of war, but by more unexpected frictions, as wives and daughters play new and independent roles and children are forced to grow up too fast. Betty faces conflict at home over the man that she loves; Carol is desperate to escape her carping mother; and Micky nearly brings tragedy to them all.

Yet as the war irredeemably changes their lives, the families of April Grove learn to endure - and even to keep smiling through.

Lilian Harry grew up in Gosport, on the shores of Portsmouth Harbour, and now lives on the edge of Dartmoor with two miniature schnauzers who allow her just enough room on the sofa. She is a keen bellringer and walker, and enjoys taking part in village life. Her daughter and two grandchildren live nearby. Follow Lilian on Twitter @LilianHarry or visit www.orionbooks.co.uk to find out more.
GOR000411283
9780752834429
0752834428
Keep Smiling Through by Lilian Harry
Lilian Harry
Used - Very Good
Paperback
Orion Publishing Co
2000-03-01
480
N/A
Book picture is for illustrative purposes only, actual binding, cover or edition may vary.
This is a used book - there is no escaping the fact it has been read by someone else and it will show signs of wear and previous use. Overall we expect it to be in very good condition, but if you are not entirely satisfied please get in touch with us
Trustpilot