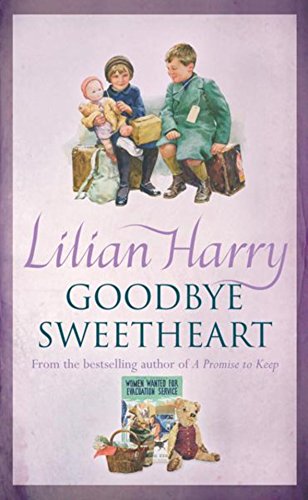 From the outbreak of the Second World War to the evacuation of Dunkirk, GOODBYE SWEETHEART follows the fortunes of the people who live in a working-class street in Portsmouth.

From the outbreak of the Second World War to the evacuation of Dunkirk, GOODBYE SWEETHEART follows the fortunes of the people who live in a working-class street in Portsmouth.

Like any street, April Grove in Portsmouth has its good and bad neighbours, its gossip, scandal and romance. But the outbreak of war in 1939 changes everything - especially for the children. Uprooted from their familiar urban existence they are evacuated (some happily, some not) to the country. Then there are the teenagers, whose first loves are accelerated and intensified by the threat of separation; and men and women, too old to fight, who hold the life of the street together.

Based on the author's own childhood memories of growing up near Portsmouth, this is a novel which shows us what England was really like then - a story told with such nostalgia and charm that you leave the world it describes longing for the chance to return.

Lilian Harry grew up in Gosport, on the shores of Portsmouth Harbour, and now lives on the edge of Dartmoor with two miniature schnauzers who allow her just enough room on the sofa. She is a keen bellringer and walker, and enjoys taking part in village life. Her daughter and two grandchildren live nearby. Follow Lilian on Twitter @LilianHarry or visit www.orionbooks.co.uk to find out more.
GOR002121099
9781857978124
1857978129
Goodbye Sweetheart by Lilian Harry
Lilian Harry
Used - Very Good
Paperback
Orion Publishing Co
1995-05-01
384
N/A
Book picture is for illustrative purposes only, actual binding, cover or edition may vary.
This is a used book - there is no escaping the fact it has been read by someone else and it will show signs of wear and previous use. Overall we expect it to be in very good condition, but if you are not entirely satisfied please get in touch with us
Trustpilot