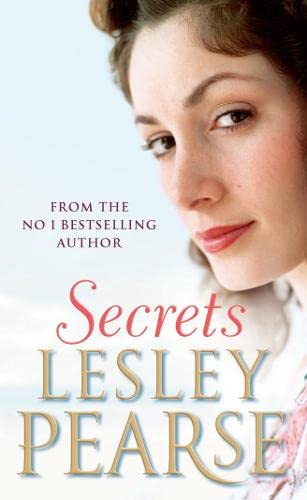 Adele Talbot is 12 when her sister is killed in an accident. Demented by the loss, her mother Rose abuses Adele and she is sent to a children's home. Betrayed, she soon runs away and walks for two days to find her grandmother in Sussex.

Set in the 1930's, the new novel from bestselling author Lesley Pearse tells the story of one girl's struggle against cruelty and, her quest for love.

Adele Talbot is twelve when her younger sister is killed in a road accident in London's Kings Cross, and her mother Rose - so devastated by the loss - begins to abuse her.

Adele is sent to a children's home in Tunbridge Wells, but soon runs away to trace her grandmother- Honour who she has discovered lives in Sussex. But Honour is a bitter, eccentric woman who is not best pleased to see her grandaughter.

Eventually the two forge some sort of bond and Honour allows Adele to stay. When Adele meets Michael Bailey on the marshes two years later and real love and friendship enter her life, she feels she can finally put her hurtful past behind her.

But then war breaks out and as if that wasn't upheaval enough, Rose decides to rear her ugly head again. And she has a few unpleasant surprises for Adele...

It's 1930, and Secrets tells the tale of one girl caught in family mystery, a struggle against cruelty, and a quest for love . . . * from the publisher's description *

Lesley Pearse was told as a child that she had too much imagination for her own good. When she grew up she worked her way through a number of jobs, including nanny, bunny girl, dressmaker and full-time mother, before, at the age of forty-nine, settling upon a career that would allow her gifts to blossom: she became a published writer. Lesley lives in Devon and has three daughters and three grandchildren.

Find out more about Lesley and keep up to date with what she's been doing:

GOR000268447
9780141016962
0141016965
Secrets by Lesley Pearse
Lesley Pearse
Used - Very Good
Paperback
Penguin Books Ltd
2005-01-13
576
N/A
Book picture is for illustrative purposes only, actual binding, cover or edition may vary.
This is a used book - there is no escaping the fact it has been read by someone else and it will show signs of wear and previous use. Overall we expect it to be in very good condition, but if you are not entirely satisfied please get in touch with us
Trustpilot