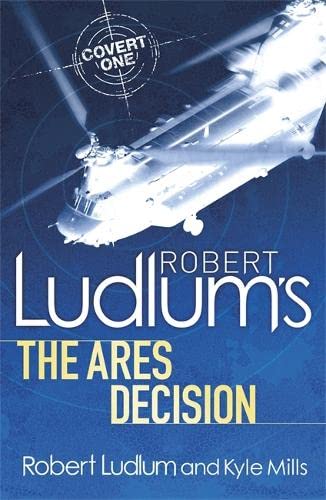 The brand new Covert-One novel in the series created by the undisputed master of the thriller genre, Robert Ludlum.

With U.S. intelligence agencies wracked by internal power struggles and paralyzed by bureaucracy, the President is forced to establish his own clandestine group - Covert-One - selected from the very best operators America has to offer. It is only activated as a last resort, when the threat is on a global scale and time is running out.

In Northern Uganda an American Special Forces team is wiped out by a group of normally peaceful farmers. Video of the attack shows even women and children possessing almost supernatural speed and strength, consumed with a rage that makes them immune to pain, fear, and all but the most devastating injuries.

Covert-One's top operative, Army microbiologist Colonel Jon Smith, is sent to investigate the attack and finds evidence of a parasitic infection that for centuries has been causing violent insanity and then going dormant. This time, though, it's different. The infection is purposely being kept alive and the director of Iranian Intelligence is in Uganda trying to make a deal for a biological weapon to unleash on the West.

As Smith and his team are cut off from all outside support, they begin to suspect that forces much more powerful than the Iranians are in play - forces that can be traced to Washington itself.

Kyle Mills is a New York Times bestselling author of over 10 novels including RISING PHOENIX and LORDS OF CORRUPTION. He lives with his wife in Jackson Hole, Wyoming where they spend their off-hours skiing, rock climbing and mountain biking.
GOR003375949
9780752876467
0752876465
Robert Ludlum's The Ares Decision by Kyle Mills
Kyle Mills
Used - Very Good
Hardback
Orion Publishing Co
20110915
432
N/A
Book picture is for illustrative purposes only, actual binding, cover or edition may vary.
This is a used book - there is no escaping the fact it has been read by someone else and it will show signs of wear and previous use. Overall we expect it to be in very good condition, but if you are not entirely satisfied please get in touch with us
Trustpilot