The Inheritance of Loss Kiran Desai 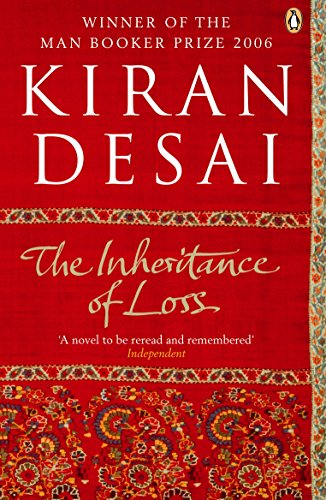 The Inheritance of Loss by Kiran Desai

High in the Himalayas sits a dilapidated mansion, home to three people, each dreaming of another time. Around the house swirl the forces of revolution and change.

The Inheritance of Loss by Kiran Desai

High in the Himalayas sits a dilapidated mansion, home to three people, each dreaming of another time.

The judge, broken by a world too messy for justice, is haunted by his past. His orphan granddaughter has fallen in love with her handsome tutor, despite their different backgrounds and ideals. The cook's heart is with his son, who is working in a New York restaurant, mingling with an underclass from all over the globe as he seeks somewhere to call home.

Around the house swirl the forces of revolution and change. Civil unrest is making itself felt, stirring up inner conflicts as powerful as those dividing the community, pitting the past against the present, nationalism against love, a small place against the troubles of a big world.

'Poised, elegant and assured . . . breaks out into extraordinary beauty' The Times

'Desai's bold, original voice, and her ability to deal in a grand narratives with a deft comic touch that affectionately recalls some of the masters of Indian fiction, makes hers a novel to reread and remembered' Independent

'hasodfa' - agbod;ahusd, afo;dgua;
Kiran Desai was born in India in 1971, was educated in India, England and the United States, and now lives in New York. She is the author of Hullabaloo in the Guava Orchard, which was published to unanimous acclaim in over twenty-two countries, and The Inheritance of Loss, which won the Man Book Prize for Fiction and the National Book Critics Circle Award, was shortlisted for the Orange Broadband Prize for Fiction.
GOR000807269
9780141027289
0141027282
The Inheritance of Loss by Kiran Desai
Kiran Desai
Used - Good
Paperback
Penguin Books Ltd
2008-08-28
336
Short-listed for Man Booker Prize for Fiction.
Book picture is for illustrative purposes only, actual binding, cover or edition may vary.
This is a used book - there is no escaping the fact it has been read by someone else and it will show signs of wear and previous use. Overall we expect it to be in good condition, but if you are not entirely satisfied please get in touch with us
Trustpilot