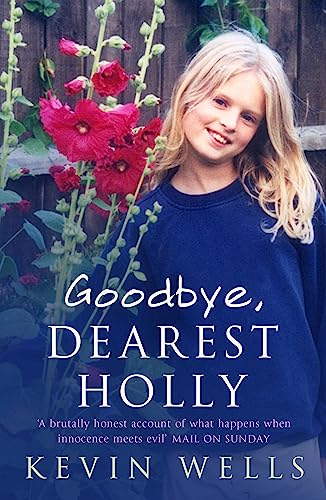 New and updated, the paperback edition of the bestselling true story of the murders of Holly Wells and Jessica Chapman, told with heart-rending honesty by Holly's father Kevin.

Some tragedies become part of our national history. On August 4, 2002 Holly Wells and Jessica Chapman disappeared. For the next thirteen days their families, the police, and the local community searched for them, while the nation watched in horrific suspense. Almost two weeks after Holly and Jessica went missing, their bodies were found. Two days later Ian Huntley was charged with their murders.

In the terrible weeks that followed Kevin started to make notes, fearful that he might forget important details. GOODBYE, DEAREST HOLLY tells the story of the nightmare that began on August 4th, from the moment it became clear that Holly and Jessica were missing, through the long investigation and its aftermath. An unflinching tale of surviving tragedy, Kevin's diaries tell of battles with the media, police bureaucracy and the legal system. The book also includes a gripping account of the trial and convictions of Huntley and Maxine Carr. Above all, GOODBYE, DEAREST HOLLY is a loving act of fatherhood.

A brutally honest account of what happens when innocence meets evil. Kevin Wells' book is about a father's love, a family's loss and a nation's horror. If you want to know the true story of Soham then read it. * Sarah Oliver, Mail on Sunday *
Kevin Wells has been a bank clerk, a postman, and has run a contract cleaning company. He is a keen cricketer.
GOR000564424
9780340897911
0340897910
Goodbye, Dearest Holly by Kevin Wells
Kevin Wells
Used - Very Good
Paperback
Hodder & Stoughton General Division
2005-09-26
368
N/A
Book picture is for illustrative purposes only, actual binding, cover or edition may vary.
This is a used book - there is no escaping the fact it has been read by someone else and it will show signs of wear and previous use. Overall we expect it to be in very good condition, but if you are not entirely satisfied please get in touch with us
Trustpilot