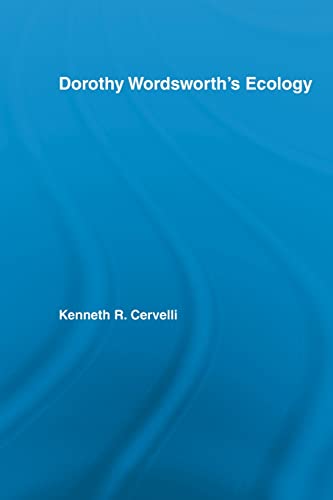 This study uses ecocriticism and feminist theory to locate Dorothy Wordsworth's important place in an ongoing ecocritical dialog, through an analysis of her prose and poetry in relation to the environments that inspired it.

Dorothy Wordsworth has a unique place in literary studies. Notoriously self-effacing, she assiduously eschewed publication, yet in her lifetime, her journals inspired William to write some of his best-known poems. Memorably depicting daily life in a particular environment (most famously, Grasmere), these journals have proven especially useful for readers wanting a more intimate glimpse of arguably the most important poet of the Romantic period.

With the rise of women's studies in the 1980s, however, came a shift in critical perspective. Scholars such as Margaret Homans and Susan Levin revaluated Dorothy's work on its own terms, as well as in relation to other female writers of the eighteenth and nineteenth centuries. Part of a larger shift in the academy, feminist-oriented analyses of Dorothy's writings take their place alongside other critical approaches emerging in the 1980s and into the next decade.

One such approach, ecocriticism, closely parallels Dorothy's changing critical fortunes in the mid-to-late 1980s. Curiously, however, the major ecocritical investigations of the Romantic period all but ignore Dorothy's work while at the same time emphasizing the relationship between ecocriticism and feminism. The present study situates Dorothy in an ongoing ecocritical dialogue through an analysis of her prose and poetry in relation to the environments that inspired it.

Introduction 1. The Ecology of the Grasmere Journals 2. Paths to Ecology Recollections of a Tour Made in Scotland 3. Dorothy Wordsworth's Ecopoetry 4. 'More Allied to Human Life': Her Communion with the Dead Conclusion. Notes. Bibliography. Index

NLS9780415514774
9780415514774
0415514770
Dorothy Wordsworth's Ecology by Kenneth R. Cervelli
Kenneth R. Cervelli
Studies in Major Literary Authors
New
Paperback
Taylor & Francis Ltd
2012-06-21
128
N/A
Book picture is for illustrative purposes only, actual binding, cover or edition may vary.
This is a new book - be the first to read this copy. With untouched pages and a perfect binding, your brand new copy is ready to be opened for the first time
Trustpilot