The City of Mirrors Justin Cronin 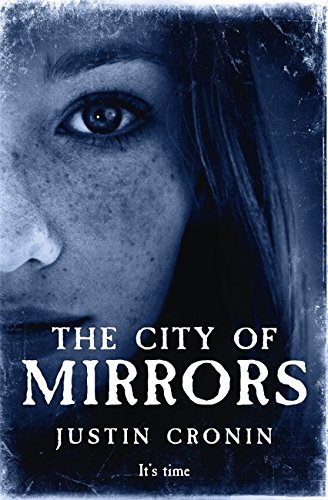 The City of Mirrors by Justin Cronin

The publishing phenomenon that began with the astonishing worldwide bestseller THE PASSAGE now comes to its epic conclusion. Soon to be an explosive drama on Fox from writer Elizabeth Heldens and executive producer Ridley Scott.

The City of Mirrors by Justin Cronin

In life I was a scientist called Fanning.

Then, in a jungle in Bolivia, I died.

I died, and then I was brought back to life...

Prompted by a voice that lives in her blood, the fearsome warrior known as Alicia of Blades is drawn towards to one of the great cities of The Time Before. The ruined city of New York. Ruined but not empty. For this is the final refuge of Zero, the first and last of The Twelve. The one who must be destroyed if mankind is to have a future.

What she finds is not what she's expecting.

A journey into the past.

To find out how it all began.

And an opponent at once deadlier and more human than she could ever have imagined.

The Passage - soon to be an epic drama on Fox from writer Elizabeth Heldens and executive producer Ridley Scott.

'Justin Cronin's Passage trilogy is remarkable for the unremitting drive of its narrative, for the breathtaking sweep of its imagined future, and for the clear lucidity of its language. THE CITY OF MIRRORS is a thrilling finale to a trilogy that will stand as one of the great achievements in American fantasy fiction.' * Stephen King *
Lyrical, towering, a worthy conclusion to what will quickly become a classic of fantasy and horror literature. * LOVE READING *
'This is positively gripping... Fast-paced, chilling and utterly engrossing this will keep you on edge right until the very end. I absolutely loved it.' * WOMAN'S WAY *
Compulsively readable. * NEW YORK TIMES *
"A fitting end to one of the most ambition trilogies we've read in a while. Hopefully we'll see its like again soon." * SCI-FI NOW *
'It is satisfying, powerful, brilliant stuff... In this day and age the word 'epic' is as overused as the word 'vampire' is mocked, but in the Passage Trilogy Justin Cronin has reclaimed them both.' * DEN OF GEEK *
Born and raised in New England, Justin Cronin is a multi-award-winning writer. He is Professor of English at Rice University, and lives with his family in Houston, Texas.
GOR007494388
9780752897899
0752897896
The City of Mirrors by Justin Cronin
Justin Cronin
Used - Very Good
Hardback
Orion Publishing Co
2016-06-16
624
N/A
Book picture is for illustrative purposes only, actual binding, cover or edition may vary.
This is a used book - there is no escaping the fact it has been read by someone else and it will show signs of wear and previous use. Overall we expect it to be in very good condition, but if you are not entirely satisfied please get in touch with us
Trustpilot