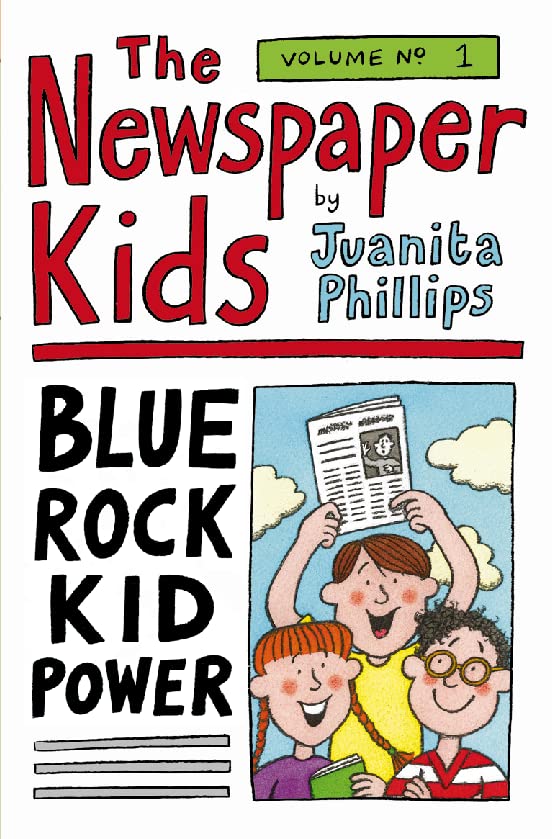 The newspaper kids have an uncanny ability to find trouble, even in a town like Blue Rock. But every bit of trouble unearthed is an adventure and, more importantly, another story for their paper. The first in an exciting new series for the 8 - 10s.

The newspaper kids have an uncanny ability to find trouble, even in a town like Blue Rock. But every bit of trouble unearthed is an adventure and, more importantly, another story for their paper. The first in an exciting new series for the 8 - 10s.

Hugo, his sister Jasper and friend Toby are the Newspaper Kids. Chasing criminals, solving mysteries and running a newspaper involves a lot of hard work and... fun. Blue Rock Kid Power is the first story in this lively series in which our kids begin a newspaper to convince the residents of Blue Rock that their park must be saved.

When Hugo's sister nearly kills him on the skate ramp, the local major closes the park as it's a danger to kids. So everyone in Blue Rock thinks it's Hugo's fault. But Hugo knows the real story - but will he get anyone to listen to him, a mere kid. Then Toby has a brilliant idea; to tell everyone in Blue Rock the whole truth in their very own newspaper. But they discover that making headlines and digging up secrets is dangerous business. Someone doesn't want their paper to hit the streets and it looks like they'll do anything to stop them.

Juanita Phillips toiled for three years on the Courier-Mail in Australia, writing and being yelled at by crusty, chain-smoking sub-editors. She then travelled overseas and wrote for international magazines. She is now resident in London [W2} and is a newsreader for CNN [6 - 8am evey weekday] She also runs a coffee bar in Paddington - Luscioug much publicity.

There are currently two Hollywood production houses interested in the Newspaper Kids series.

GOR005400052
9780006754602
0006754600
Blue Rock Kid Power (The Newspaper Kids, Book 1) by Juanita Phillips
Juanita Phillips
The Newspaper Kids
Used - Very Good
Paperback
HarperCollins Publishers
1999-07-05
112
N/A
Book picture is for illustrative purposes only, actual binding, cover or edition may vary.
This is a used book - there is no escaping the fact it has been read by someone else and it will show signs of wear and previous use. Overall we expect it to be in very good condition, but if you are not entirely satisfied please get in touch with us
Trustpilot