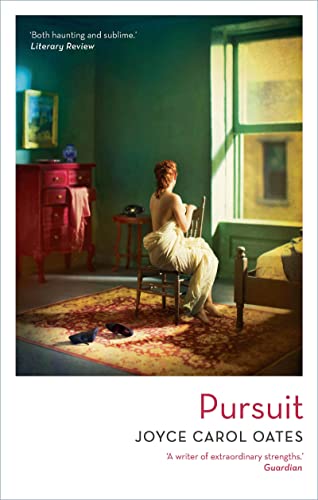 An eerie, psychological thriller about a newlywed wife haunted by her secret, traumatic past.

As a child, Abby had the same recurring nightmare night after night, in which she wandered through a field ridden with human skulls and bones. Now an adult, Abby thinks she's outgrown her demons, until, the evening before her wedding, the terrible dream returns and forces her to confront the dark secrets from her past she has kept from her new husband, Willem. The following day - less than 24 hours after exchanging vows - Abby steps out into traffic. As his wife lies in her hospital bed, sleeping in fits and starts, Willem tries to determine whether this was an absentminded accident or a premeditated plunge, and he quickly discovers a mysterious set of clues about what his wife might be hiding. Why, for example is there a rash-like red mark circling her wrist? What does she dream about that causes her to wake from the sound of her own screams?

Slowly, Abby begins to open up to her husband, revealing to him what she has never shared with anyone before - the story of a terrified mother; a jealous, drug addled father; and a daughter's terrifying captivity.

With a suspenseful, alternating narrative that travels between the present and Abby's tortured childhood, Pursuit is a meticulously crafted, deeply disquieting tale that showcases Oates's masterful storytelling.

'Pursuit is on the side of the angels. Well, angels might not be the right word for this terrifying short tale of the demons we all carry with us ... As the dread swells, Oates deftly unspools the answers' * Metro *
'This wonderful author is incapable of writing a less than perfect sentence ... Oates manages the tension and the profoundly eerie atmosphere with precision and economy. But it is the prose that lifts the spirit with its poetry' * Daily Mail *
'Toxic masculinity is pitted against a fragile female protagonist in this gruesome novel' * Cornish Times *
'Gripping and gruesome ... It's packed with unrelenting, won't-let-go intensity that characterises all Oates' work' * East Anglian Daily Times *
Joyce Carol Oates is the author of over 70 books and the winner of a host of prizes including the National Book Award and a Guggenheim Fellowship. Oates is Professor of the Humanities at Princeton University.
GOR011250777
9781838933043
1838933042
Pursuit by Joyce Carol Oates
Joyce Carol Oates
Used - Very Good
Paperback
Head of Zeus
20200806
224
N/A
Book picture is for illustrative purposes only, actual binding, cover or edition may vary.
This is a used book - there is no escaping the fact it has been read by someone else and it will show signs of wear and previous use. Overall we expect it to be in very good condition, but if you are not entirely satisfied please get in touch with us
Trustpilot