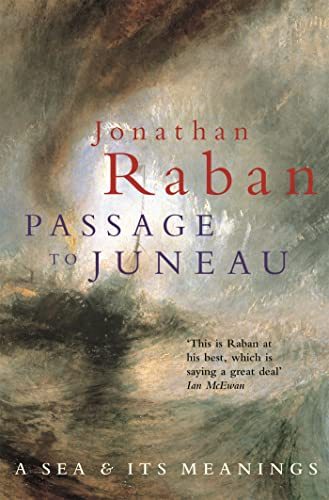 Passage To Juneau by Jonathan Raban

'This is Raban at his best, which is saying a great deal' Ian McEwan

Passage To Juneau by Jonathan Raban

'Raban is, for my money, one of the key writers of the past three decades - not only for his immense stylistic showmanship, but also for the way he has taken that amorphous genre call ''travel writing'' and utterly redefined its frontiers... Passage to Juneau is his finest achievement to date. Ostensibly an account of a voyage Raban took from his new home in Seattle to the Alaskan capital through that labyrinthine sea route called the Inside Passage, it is, in essence, a book about the nature of loss.... You close this extraordinary book marvelling at this most distressing but commonplace of ironies. He's home, but he's lost. Just like the rest of us' Douglas Kennedy, Independent.

'This is an extraordinary book... The epic journey through eddies, rips, whirlpools and various other marine terrors quickly becomes intensely personal... Passage to Juneau is far more than a meditation on the sea and its meanings; it is also an unsparing self-examination, written with mordant humour and forensic ruthlessness' Justin Cartwright, Daily Telegraph

'A thrilling adventure and a telling internal exploration.... the writing contains natural description of breathtaking exactness.... and the sea itself - in all its moods - has surely never been so intricately painted' Edward Marriott, Evening Standard

'His erudition is enormous, his prose as beautiful and clear as the blue ocean on a crisp morning and his sense of joy at having found his place in the world is immensely rewarding. Passage through Juneau is a wonderfully fluid read. It is also a thought-provoking and challenging work that is likely to splash around in the memory long after the volume has been consigned to the shelf'. Anthony Sattin, Sunday Times

Jonathan Raban is the author of Passage to Juneau, Bad Land , Hunting Mister Heartbreak, Coasting, Old Glory, Arabia, Soft City and the novels Foreign Land (1985) and Waxwings (2003). His awards include the National Book Critics Circle Award, the Royal Society of Literature's Heinemann Award, the Thomas Cook Award, the PEN West Creative Nonfiction Award, the Pacific Northwest Booksellers' Award, and the Governor's Award of the State of Washington. His work has appeared in the New Yorker, Granta , Harpers, the New York Review of Books, Outside, Atlantic Monthly, New Republic, and other magazines. In 1990 Raban, a British citizen, moved from London to Seattle, where he now lives with his daughter.
GOR001267833
9780330346290
0330346296
Passage To Juneau by Jonathan Raban
Jonathan Raban
Used - Very Good
Paperback
Pan Macmillan
2000-10-01
448
Short-listed for Thomas Cook/Daily Telegraph Travel Book Award 2000 Short-listed for Thomas Cook Travel Book Award 2000
Book picture is for illustrative purposes only, actual binding, cover or edition may vary.
This is a used book - there is no escaping the fact it has been read by someone else and it will show signs of wear and previous use. Overall we expect it to be in very good condition, but if you are not entirely satisfied please get in touch with us
Trustpilot