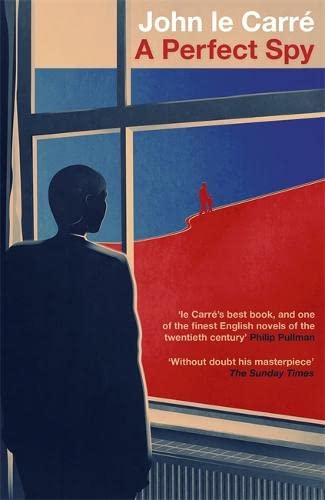 le Carre's most autobiographical novel is also widely held to be his masterpiece, and the finest spy novel of the twentieth-century.

'le Carre's best book, and one of the finest English novels of the twentieth century'
Philip Pullman

'Without doubt his masterpiece.' The Sunday Times

'A perfect work of fiction'
The Sunday Times

Magnus Pym, ranking diplomat, has vanished, believed defected. The chase is on: for a missing husband, a devoted father, and a secret agent. Pym's life, it is revealed, is entirely made up of secrets.

Dominated by a father who is also a confidence trickster on an epic scale, Pym has from the age of seventeen been controlled by two mentors. It is these men, racing each other, who are orchestrating the search to find the perfect spy.

Described by the author as his most autobiographical work, John le Carre's eleventh novel masterfully blends wit, compassion and unflagging tension with the poignant story of an estranged father and son.

'The best spy novel of all time' Publishers Weekly

'The best English novel since the war' Philip Roth

'Without doubt his masterpiece . . . a perfect work of fiction' * Sunday Times *
'The best English novel since the war' * Philip Roth *
John le Carre was born in 1931. His third novel, THE SPY WHO CAME IN FROM THE COLD, secured him a wide reputation which was consolidated by the acclaim for his trilogy TINKER TAILOR SOLDIER SPY, THE HONOURABLE SCHOOLBOY and SMILEY'S PEOPLE. His other novels include THE CONSTANT GARDENER, A MOST WANTED MAN and OUR KIND OF TRAITOR.
GOR001256824
9780340937655
0340937653
A Perfect Spy by John Le Carre
John Le Carre
Used - Very Good
Paperback
Hodder & Stoughton
2006-09-21
688
N/A
Book picture is for illustrative purposes only, actual binding, cover or edition may vary.
This is a used book - there is no escaping the fact it has been read by someone else and it will show signs of wear and previous use. Overall we expect it to be in very good condition, but if you are not entirely satisfied please get in touch with us
Trustpilot