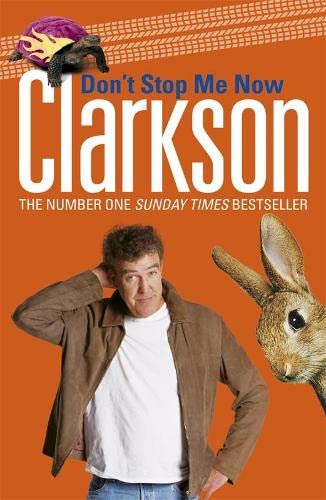 Teaches about: the unfortunate collapse of the British empire; why Galapagos tortoises are all mental; France, reduced to the size of a small coconut; why Jeremy Paxman and the bass guitarist of AC/DC aren't so very different; the problems of being English; and God's most stupid creation. Then there are the cars.

Jeremy Clarkson knows there's more to life than cars. There is, after all, a whole world out there just waiting to be discovered. So, before he gets on to torque steer and active suspension, he'd like to take a little time to consider the bigger picture. Don't worry, we'll get to the car bit in the end, but before we do, we'll learn about:

* The unfortunate collapse of the British empire

* Why Galapagos tortoises are all mental

* France, reduced to the size of a small coconut

* The problems of being English

* And God's most stupid creation

Then there are the cars: Whether it's the poxiest little runabout or an exotic, firebreathing supercar, no one else writes about cars like Jeremy. Unmoved by official claims and uninterested in press junkets, anything on four wheels is approached without fear or favour. What emerges from the ashes is not always pretty. But it is, invariably, very, very funny.

Jeremy Clarkson began his career on the Rotherham Advertiser. Since then he has written for the Sun, the Sunday Times, the Rochdale Observer, the Wolverhampton Express & Star, all of the Associated Kent Newspapers and Lincolnshire Life.
GOR011054484
9780718149055
071814905X
Don't Stop Me Now by Jeremy Clarkson
Jeremy Clarkson
Used - Like New
Hardback
Penguin Books Ltd
2007-10-04
400
Shortlisted for British Book Awards: Play.com Popular Non-fiction Award 2008.
Book picture is for illustrative purposes only, actual binding, cover or edition may vary.
The book has been read, but looks new. The book cover has no visible wear, and the dust jacket is included if applicable. No missing or damaged pages, no tears, possible very minimal creasing, no underlining or highlighting of text, and no writing in the margins
Trustpilot