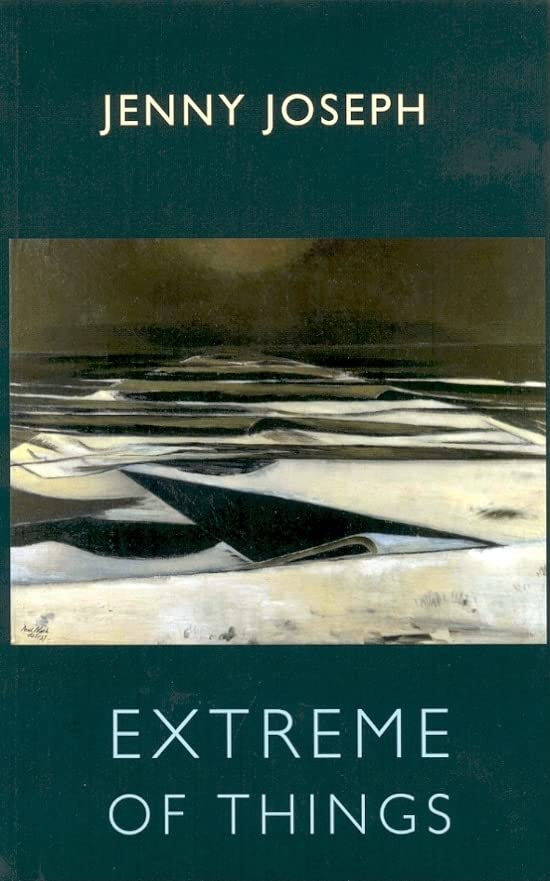 Extreme of Things by Jenny Joseph

Extreme of things is a large collection combining new poems with a thematic selection from recent books. It explores the duality of existence, a track that runs through all Jenny Joseph's work, whether for children or adults, in poetry or prose.

Extreme of Things by Jenny Joseph

"Extreme of Things" is a large collection combining new poems with a thematic selection from recent books. It explores the duality of existence, a track which runs through all Jenny Joseph's work, whether for children or adults, in poetry or prose. This new book continues her attempt to present "how things work" at the core, at the edge. It begins with poems from her last two collections, "Ghosts and Other Company" (1995) and "All the Things I See" (2000), which lead to the body of new and previously uncollected poems in the second part. The "'Season Songs' from Persephone" (1986), her long out-of-print fictional work, are here reprinted as a bridge or interlude between the two main parts.
Jenny Joseph writes poems full of mist and reason, poems strange in what they say but plain in the way they say it, poems rooted in an English tradition of passionate but quiet exactness...careful craftsmanship, an honest exploration of the human heart, and statement after statement that nags at the memory. -- Robert Nye * The Times *
She can delineate surfaces like a sculptor - exact, precise, sharply definite - yet with a startling undertow, a pull of unease which lies just beneath the texture, as an artery beneath the skin. -- Joan Foreman * Eastern Daily Press *
Rational, realist, philosophical, Jenny Joseph represents a stoical refusal to see life other than it is - a less sentimental poetry it would be hard to imagine. * British Book News *
Jenny Joseph (1932-2018) was born in Birmingham, and grew up in Buckinghamshire and later in Devon where she was evacuated during the war. She was first published by John Lehmann in the 1950s. She lived in London for many years and then for much of her life in Gloucestershire before moving to Swansea. Her first book of poems, The Unlooked-for Season (1960), won her an Eric Gregory Award, and she won a Cholmondeley Award for her second collection, Rose in the Afternoon (1974). Two further collections followed from Secker & Warburg, The Thinking Heart (1978) and Beyond Descartes (1983). Her Selected Poems was published by Bloodaxe Books in 1992, drawing on these four books. She is best-known for her poem `Warning', a dramatic monologue in which a young woman talks of her fantasies of old age, voted Britain's favourite modern poem in a BBC poll in 2006. First published in Rose in the Afternoon, `Warning' is included in her Bloodaxe Selected Poems. Her other books included: Persephone (Bloodaxe Books, 1986), winner of the James Tait Black Memorial Prize; Beached Boats (Enitharmon Press, 1991), a collaboration with photographer Robert Mitchell; Ghosts and other company (Bloodaxe Books, 1995); a book of prose, Extended Similes (Bloodaxe Books, 1997), All the Things I See (Macmillan Children's Books, 2000); a gardening memoir, Led by the Nose: A Garden of Smells (Souvenir Press, 2002); a collection of new and later selected poems, Extreme of things (Bloodaxe Books, 2006); and Nothing Like Love (Enitharmon Press, 2010), a selection of her love poems.
GOR004326408
9781852246815
1852246812
Extreme of Things by Jenny Joseph
Jenny Joseph
Used - Very Good
Paperback
Bloodaxe Books Ltd
2006-01-20
128
N/A
Book picture is for illustrative purposes only, actual binding, cover or edition may vary.
This is a used book - there is no escaping the fact it has been read by someone else and it will show signs of wear and previous use. Overall we expect it to be in very good condition, but if you are not entirely satisfied please get in touch with us
Trustpilot