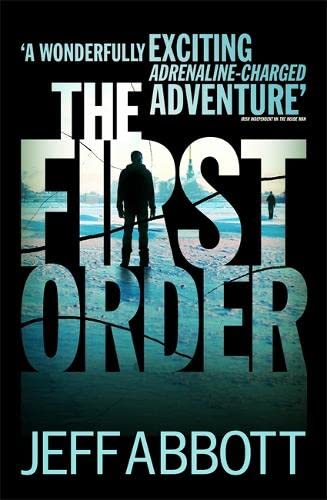 The First Order by Jeff Abbott

The First Order by Jeff Abbott

The darkest day of Sam Capra's life was when he watched his brother, Danny, executed by extremists in an online video. But now, evidence has surfaced that Danny may still be alive - leading a secret, hidden life for the past six years while the world believed him to be dead. What's more, Sam discovers that Danny may be plotting a murder that could change history: assassinating the Russian president.

Determined to stop his brother from committing a murder that may cause a terrible war, Sam goes undercover in a one-man mission to save the world - and to save his brother.

Packed full of action and twists,The First Order is an addictive, exhilarating thriller that shows international bestseller Jeff Abbott at the height of his powers.

One of the best thriller writers of our time. * Harlan Coben *
A book to make sitting on a summer beach feel like a high-octane chase through dark alleyways. * The Times on Adrenaline *
Abbott is one of the best thriller writers in the business. * Washington Post *
As usual with Abbott, this is cleverly written, full of arcane agency tradecraft and delectable conspiracies within conspiracies. * The Australian on The Inside Man *
A wonderfully exciting adrenaline-charged adventure. * Irish Independent on The Inside Man *
I love Jeff Abbott and his Sam Capra thrillers scorch along with the pedal to the metal. * Peterborough Evening Telegraph *
Jeff Abbott's novels are published in twenty languages around the world and include the massive international bestseller Panic. In 2012, he won the International Thriller Writers Award for his novel The Last Minute and his novels Panic and Run have been optioned for film and are in script development. Jeff lives in Texas with his wife and two sons.
GOR007432841
9780751557343
075155734X
The First Order by Jeff Abbott
Jeff Abbott
Sam Capra
Used - Very Good
Paperback
Little, Brown Book Group
2016-01-05
400
N/A
Book picture is for illustrative purposes only, actual binding, cover or edition may vary.
This is a used book - there is no escaping the fact it has been read by someone else and it will show signs of wear and previous use. Overall we expect it to be in very good condition, but if you are not entirely satisfied please get in touch with us
Trustpilot