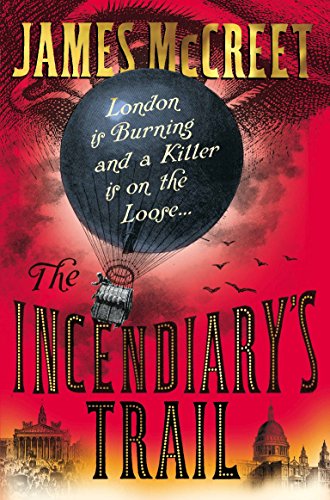 Murder is rampant in Early Victorian London. Detective Inspector Newsome of the new Detective Force decides to recruit a recently-apprehended master criminal to help bring the culprits to justice. A polymath with a mysterious past, the man is no eager volunteer.

And when the ghastly murder of conjoined twins galvanizes the city, Newsome blackmails his prisoner - Noah Dyson, as he calls himself - into working with the Force's finest: Sergeant George Williamson.

Unknown to the policemen, the criminal genius behind the murder shares a dark past with their new associate. It is not justice that is on Dyson's mind, but retribution. As Williamson and Dyson together close the net, the murder-rate soars and the streets of London begin to burn. Ingeniously plotted and seething with grotesque characters, James McCreet's striking debut will grip readers from its first dark pages.

James McCreet was born in Sheffield. He taught English abroad for several years before returning to the UK to become a journalist and copywriter.
GOR001633954
9780230743403
0230743404
The Incendiary's Trail by James McCreet
James McCreet
Used - Very Good
Paperback
Pan Macmillan
2010-01-01
368
N/A
Book picture is for illustrative purposes only, actual binding, cover or edition may vary.
This is a used book - there is no escaping the fact it has been read by someone else and it will show signs of wear and previous use. Overall we expect it to be in very good condition, but if you are not entirely satisfied please get in touch with us
Trustpilot