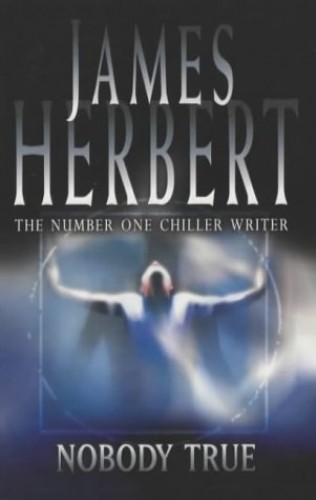 Nobody True by James Herbert

'Displaying his usual talent for spine-chilling plots, this new thriller is the work of genius' Worldbooks

Nobody True by James Herbert

Jim True knows. He has returned from an out-of-body experience to find he has been brutally murdered and his body mutilated. No one can see him, no one can hear him, no one, except his killer, knows he still exists. Freed from his body, True embarks on a quest to find his killer and discover why and how he has managed to survive.

As he closes in on his murderer, True discovers that even the very people he loved and trusted have betrayed him. He meets his killer, a strange and sinister figure who can also leave his body at will.

An epic and deadly battle ensues between True and a seemingly unstoppable and hideous serial killer - a man now intent on even more murders, including True's wife and child . . .

"Frightening . . . Packed with tension, thrills, and unexpected twists."--"Rocky Mountain News" "A work of genius."--"Worldbooks""" ""Nobody True" is the kind of horror story when you think things can't get anymore grim--they do. It's a ghoulishly compelling page-turner."--"Daily Mirror" "A triumph of suspense and horror. . . . Truly horrifying . . . [and] very entertaining."--"Portsmouth Herlad" ""Nobody True" has one of the most unusual plotlines of the year . . . suspense, drama, and romance all wrapped up in a blanket of black humor."--"Evening Press" "This is one of those books you can't read quick enough because you desperately want to know the ending. Its brilliant, fast-moving storyline is as good as you would expect from a Herbert novel, full of twists and turns. Exceptional stuff from the master."--"Burton Mail"
James Herbert is not just Britain's No. 1 bestselling writer of chiller fiction, a position he has held since publication of his first novel, but is one of our greatest popular novelists, whose books are sold in thirty-three other languages, including Russian and Chinese. Widely imitated and hugely influential, his twenty novels have sold more than 50 million copies worldwide.
GOR000543113
9780330411677
0330411675
Nobody True by James Herbert
James Herbert
Used - Very Good
Paperback
Pan Macmillan
2004-06-04
512
Short-listed for British Fantasy Award Best Horror Novel 2004 (UK)
Book picture is for illustrative purposes only, actual binding, cover or edition may vary.
This is a used book - there is no escaping the fact it has been read by someone else and it will show signs of wear and previous use. Overall we expect it to be in very good condition, but if you are not entirely satisfied please get in touch with us
Trustpilot