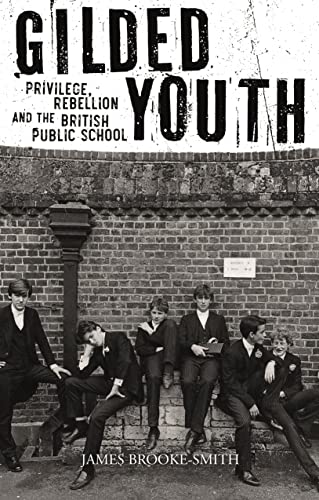 Drawing on personal experience, extensive research, and public school representations in poetry, school slang, spy films, popular novels, and rock music, Brooke-Smith offers a fresh account of upper-class adolescence in Britain and the role of elite private education in shaping youth culture. He shows how this central British institution has inspired a counterculture of artists, intellectuals, and radicals - from Percy Shelley and George Orwell to Peter Gabriel and Richard Branson - who have rebelled against both the schools themselves and the wider society for which they stand.

GOR009780849
9781789140668
1789140668
Gilded Youth: Privilege, Rebellion and the British Public School by James Brooke-Smith
James Brooke-Smith
Used - Very Good
Hardback
Reaktion Books
2019-02-11
272
N/A
Book picture is for illustrative purposes only, actual binding, cover or edition may vary.
This is a used book - there is no escaping the fact it has been read by someone else and it will show signs of wear and previous use. Overall we expect it to be in very good condition, but if you are not entirely satisfied please get in touch with us
Trustpilot