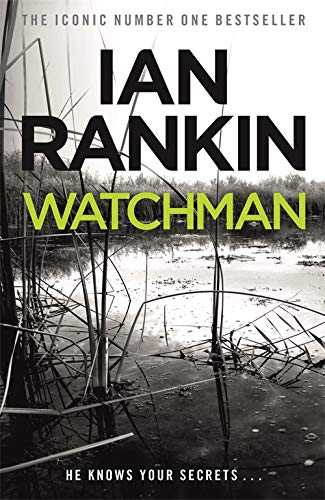 A classic Ian Rankin from the No.1 bestselling author of THE COMPLAINTS.

A classic Ian Rankin from the No.1 bestselling author of THE COMPLAINTS.

Bombs are exploding in the streets of London, but life seems to have planted more subtle booby-traps for Miles Flint. Miles is a spy. His job is to watch and to listen, then to report back to his superiors, nothing more. The job, affording glimpses into the most private lives of his victims, appeals to Miles. He doesn't lust after promotion, and he doesn't want action. He wants, just for once, not to botch a case. Having lost one suspect - with horrific consequences - Miles becomes too involved with another, a young Irish woman. His marriage seems ready to crumble to dust. So does his home.

But Miles is given one last chance for redemption - a trip to Belfast, which quickly becomes a flight of terror, murder and shocking discoveries. But can the voyeur survive in a world of violent action?

Born in the Kingdom of Fife in 1960, Ian Rankin graduated from the University of Edinburgh in 1982, and then spent three years writing novels when he was supposed to be working towards a PhD in Scottish Literature. His first Rebus novel was published in 1987, and the Rebus books are now translated into thirty-six languages and are bestsellers worldwide.Ian Rankin has been elected a Hawthornden Fellow, and is also a past winner of the Chandler-Fulbright Award. He is the recipient of four CWA Daggers including the prestigious Diamond Dagger in 2005. In 2004, Ian won America's celebrated Edgar Award. He has also been shortlisted for the Anthony Award in the USA, won Denmark's Palle Rosenkrantz Prize, the French Grand Prix du Roman Noir and the Deutscher Krimipreis. Ian Rankin is also the recipient of honorary degrees from the universities of Abertay, St Andrews, Edinburgh, Hull and the Open University.A contributor to BBC2's Newsnight Review, he also presented his own TV series, Ian Rankin's Evil Thoughts. Rankin is a No.1 bestseller in the UK and has received the OBE for services to literature, opting to receive the prize in his home city of Edinburgh, where he lives with his partner and two sons. www.ianrankin.net Twitter @Beathhigh
GOR002057522
9781409120971
140912097X
Watchman by Ian Rankin
Ian Rankin
Used - Very Good
Paperback
Orion Publishing Co
2010-08-05
304
N/A
Book picture is for illustrative purposes only, actual binding, cover or edition may vary.
This is a used book - there is no escaping the fact it has been read by someone else and it will show signs of wear and previous use. Overall we expect it to be in very good condition, but if you are not entirely satisfied please get in touch with us
Trustpilot