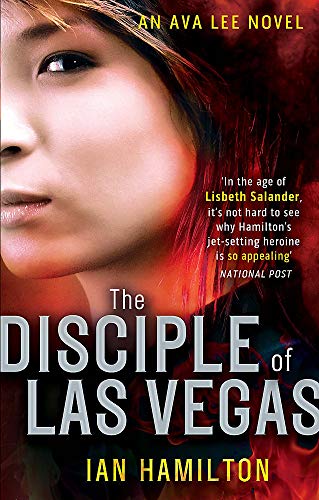 The Disciple of Las Vegas by Ian Hamilton

The Disciple of Las Vegas: 2 by Ian Hamilton

Uncompromising. Tenacious. Fiercely intelligent. Ava Lee will follow the money . . . wherever it takes her.

Hired by Tommy Ordonez, the richest man in the Philippines, to recover $50 million in a land swindle, Ava has her work cut out. Tommy's brother has messed up and the Filipino billionaire's reputation is on the line.

Tracking the money, Ava uncovers an illegal online gambling ring, and follows the trail to Las Vegas. Once there, she turns her gaze to David Douglas, one of the greatest poker players in the world - and someone who knows more about the missing money than he's letting on.

Meanwhile, Jackie Leung, an old target of Ava's, has made it rich. He wants revenge, and he's going after Ava.

Ava Lee is tough, fearless and resourceful . . . a true original * Linwood Barclay *
Fast paced and intriguing * Guardian *
Hamilton weaves a colourful tale filled with intrigue, violence and even touches of comedic brilliance * Toowoomba Chronicle *
Hamilton's second novel is a fast, reasonably captivating and thoroughly researched jaunt through one or two of the world's international financial underbellies and dubious characters * London Free Press *
Fantastic, brilliant and compelling * Mystery People *
Ian Hamilton has been a journalist, a senior executive with the federal government, a diplomat, and a businessman with international links. He has written for several magazines and newspapers in Canada and the US. He has won the prestigious 2012 Arthur Ellis Award for Best First Crime novel for The Deadly Touch of the Tigress.
GOR004948858
9780751547023
0751547026
The Disciple of Las Vegas: 2 by Ian Hamilton
Ian Hamilton
Ava Lee
Used - Very Good
Paperback
Little, Brown Book Group
2013-06-25
416
N/A
Book picture is for illustrative purposes only, actual binding, cover or edition may vary.
This is a used book - there is no escaping the fact it has been read by someone else and it will show signs of wear and previous use. Overall we expect it to be in very good condition, but if you are not entirely satisfied please get in touch with us
Trustpilot