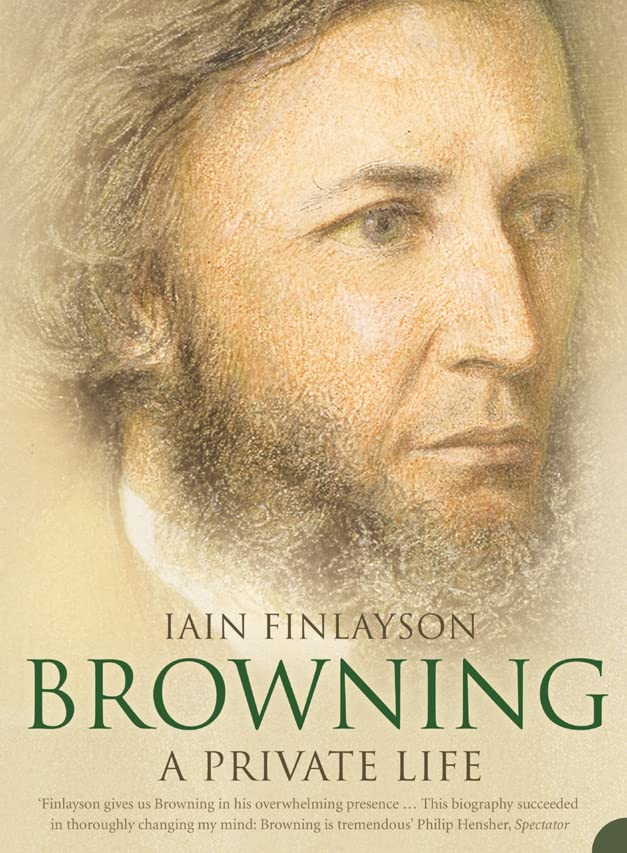 A major new biography of the most modern and the most underrated of English literature's great Victorians.

A major new biography of the most modern and the most underrated of English literature's great Victorians.

Henry James called Robert Browning (1812-89) `a tremendous and incomparable modern', and the immediacy and colloquial energy of his poetry has ensured its enduring appeal. This biography sets out to do the same for his life, animating the stereotypes (romantic hero, poetic exile, eminent man of letters) that have left him neglected by modern biographers. He has been seen primarily as one half of that romantic pair, the Brownings; and while the courtship, elopement and marriage of Elizabeth Barrett and Robert Browning remains a perennially seductive subject (and one Finlayson evokes vividly, quoting extensively from their daily letters and contemporary accounts) there is far more to Browning than that.

Chronological in structure, this book is divided into three sections which deal with his life's major themes: adolescence and ambition, marriage and money, paternity and poetry. `Browning' explores the many experiences that inspired his writing, his education and passions, his relationships with family and friends, his continual financial struggles and revulsion at being seen as a fortune-hunter, his most unVictorian approach to marriage (sexual equality, his helping wean Elizabeth off morphine and nursing her through various illnesses), fatherhood and fame (inviting a leading member of the Browning Society to watch him burn a trunk of personal letters): all of which contribute to a fascinating portrait of a highly unconventional Victorian. At once witty and moving, this critical biography will revolutionise perceptions of the poet - and of the man.

`Iain Finlayson succeeds in making the life accessible...Hitherto Browning has had two literary monuments, one in his poetry and another in those "courtship" letters. Now he has a third in this conscientious and thoughtful biography.' The Times

`Browning has been fortunate in his biographers and this long new one by Iain Finlayson can be recommended...(its) intimate, trusting approach is immensely appealing. Finlayson gives us Browning in his overwhelming presence. This biography succeeded in thoroughly changing my mind. James was right: Browning is tremendous.' Philip Hensher, Spectator

`One of the engaging features of Iain Finlayson's exhaustive new biography is that he tells some good stories against his man...It will be required reading for Browning fanatics.' Sunday Telegraph

Acclaimed author and journalist, Iain Finlayson is the author of several books including Writers in Romney Marsh and a life of Boswell. He lives in Hay on Wye.

GOR004100388
9780006547723
0006547729
Browning by Iain Finlayson
Iain Finlayson
Used - Very Good
Paperback
HarperCollins Publishers
2005-01-17
784
N/A
Book picture is for illustrative purposes only, actual binding, cover or edition may vary.
This is a used book - there is no escaping the fact it has been read by someone else and it will show signs of wear and previous use. Overall we expect it to be in very good condition, but if you are not entirely satisfied please get in touch with us
Trustpilot