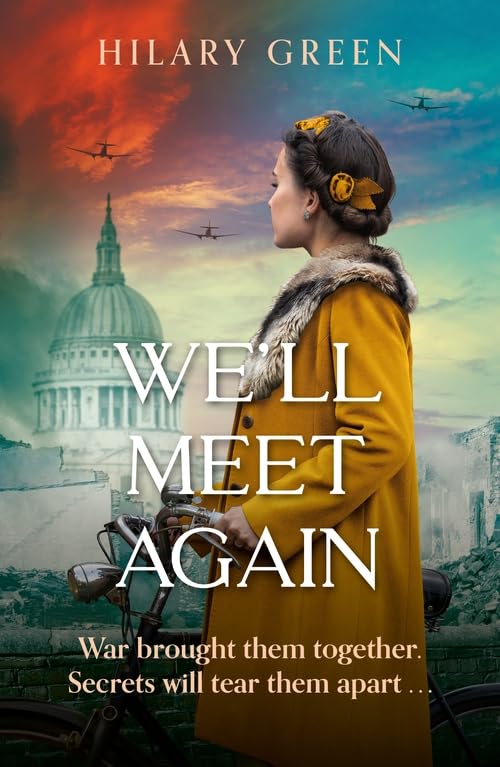 Love and danger intermingle in the dark days of the Second World War - a wartime romance of immense appeal.

Liverpool 1942. Seventeen-year-old Frankie Franconi falls in love with charismatic British officer Nick Harper as quickly and certainly as the bomb that falls on their shelter.

He is impressed by her good looks and intelligence, and the fact that, like him, she speaks fluent Italian. When she insists on staying to help rescue others who have been trapped he realises that she has courage, too. He gives her a business card with a Baker Street address, and suggests she put her skills to good use.

Within a month Frankie has joined the FANYs and started her training. Stationed first in England, then Africa and finally Italy, Frankie and her fellow recruits work tirelessly decoding messages from agents in the field by day, and enjoying the wartime parties at night. But when she signs the Official Secrets Act she has no idea of the danger, adventure and terrible choices that are in store.

Compelling * Publishing News on WE'LL MEET AGAIN *
'An unforgettable saga of love and loss in wartime' * Good Book Guide on NOW IS THE HOUR *
'Green's book is a delightful and heady mix of romantic ingredients spies, high-kicking dancers, forbidden love and friendship in the face of death. Who could ask for anything more?' * Lancashire Evening Post on NOW IS THE HOUR, the first in the Follies series *
'Epic' * Sunday Express *
Hilary Green is a trained actress and spent many years teaching drama and running a youth theatre company. She has also written scripts for the BBC Schools Radio History programmes and won the Kythira prize for a short story. Hilary now lives in the Wirrall and is a full-time writer.
GOR000505050
9780340839003
0340839007
We'll Meet Again by Hilary Green
Hilary Green
Used - Very Good
Paperback
Hodder & Stoughton General Division
2005-10-24
352
N/A
Book picture is for illustrative purposes only, actual binding, cover or edition may vary.
This is a used book - there is no escaping the fact it has been read by someone else and it will show signs of wear and previous use. Overall we expect it to be in very good condition, but if you are not entirely satisfied please get in touch with us
Trustpilot